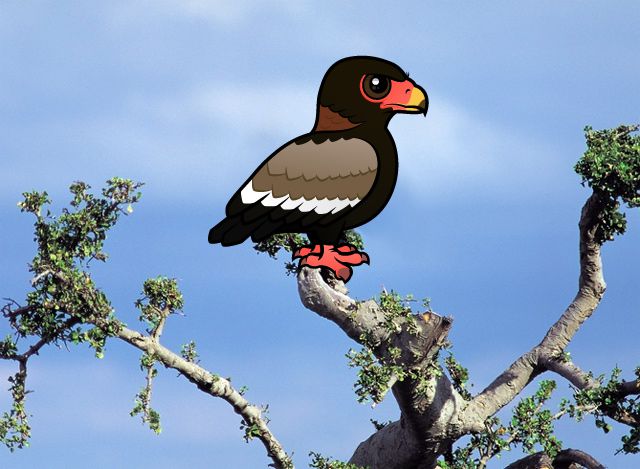 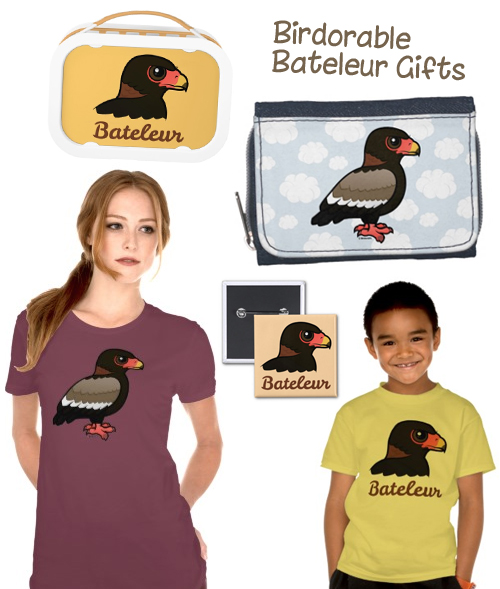 If you think our Birdorable birds are cute as adults, what about when they are babies? Below are some baby photos (shared via Flickr Creative Commons) of the Great Egret. Great Egrets nest in a large colony group, which is known as a rookery or a heronry. In North America, the average clutch size (number of eggs laid) is about three. Incubation takes 23-27 days. Young chicks have a sort of prehistoric look to them, but they get progressively cuter as they age: 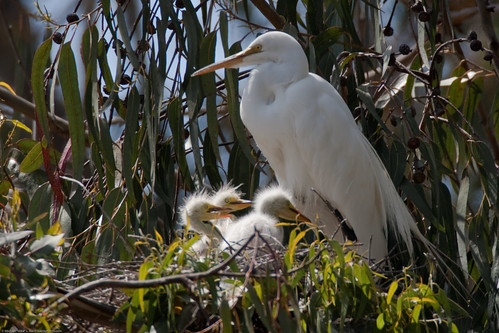 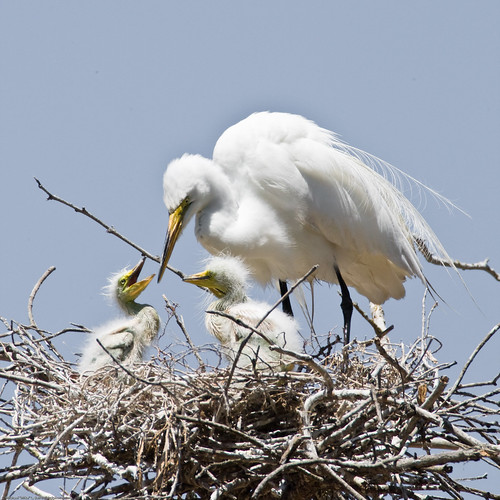 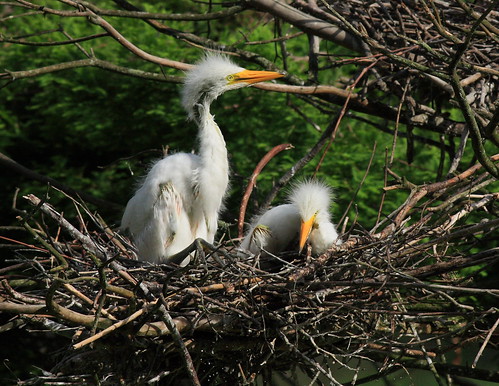 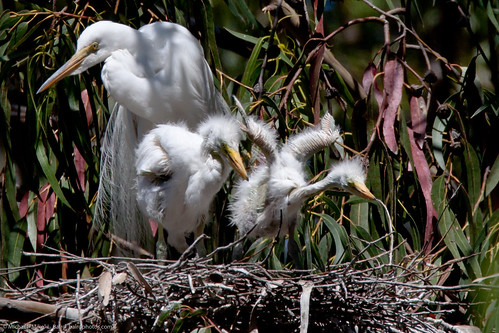 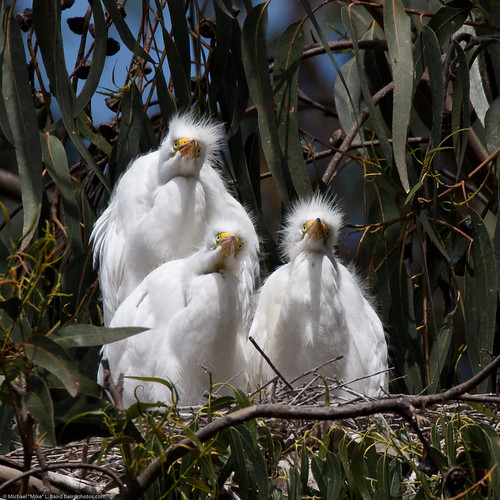 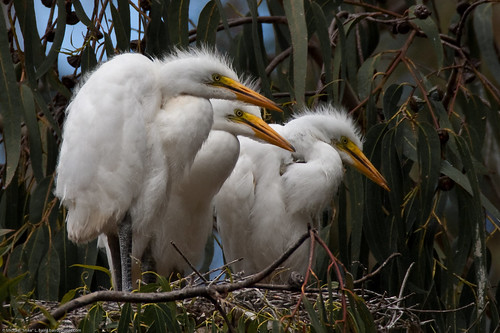 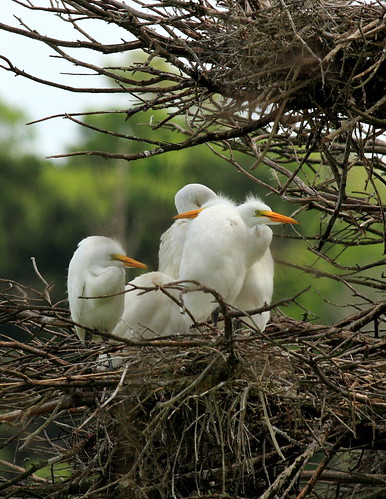 Pretty cute, right? Be sure to check out our Birdorable Great Egret t-shirts and gifts!