This week's highlighted t-shirt design features a cute pair of Sandhill Cranes in flight, shown here on our customizable Basic Long Sleeve T-Shirt from Zazzle. The cartoon birds on this graphic tee are illustrated in our signature Birdorable style. You can customize this gift by moving the birds around, changing the background color or style, and adding text or images -- make it your own! This will make a great gift for crane fans and birders. For more Birdorable cranes visit our new Cranes of the World page. 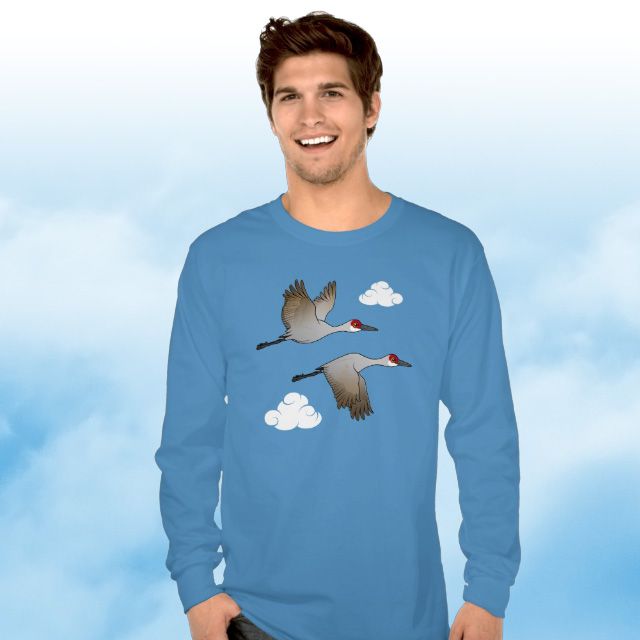 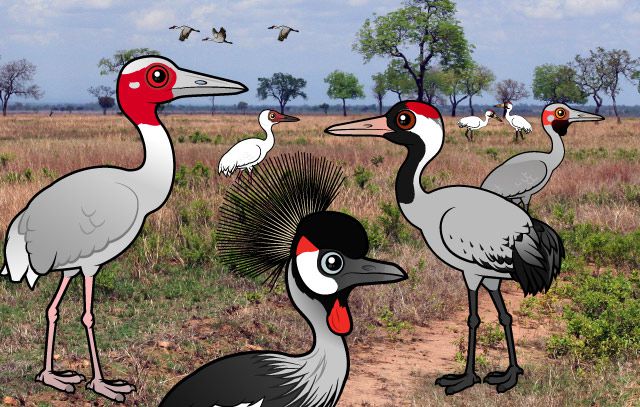 We're wrapping up our week-long celebration of cranes with some more cool crane facts. These extreme facts show how diverse this amazing family of birds can be.

Oldest Crane
The average lifespan for wild cranes is typically between 20 years and 30 years. The longevity record for all crane species goes to the Siberian Crane. A bird living at the National Zoological Park of the Smithsonian Institute reached the ripe old age of 62! That bird passed in 1968. Another Siberian Crane, named Wolf, is in the Guinness Book of World Records for reaching 83 years of age!

Longest Migration
The Siberian Crane may fly up to 10,000 miles round trip in a year. Some birds breed in western Siberia and winter as far south as parts of India.

Most Endangered
With an estimated wild population of just over 430 birds, the Whooping Crane is the least abundant of all crane species. They have a conservation status of Endangered and are the subjects of conservation efforts from several groups. Whooping Cranes do breed in captivity and there are over 165 individuals at zoological facilities throughout the world.

Fancy Footwork
While all crane species perform some kind of dancing ritual as part of courtship and pair-bonding, Red-crowned Cranes are especially known for their fancy footwork. Pairs of Red-crowned Cranes will duet as they dance, moving rhythmically as they approach one another.

Highest Flyer
The Common Crane is one high-flying species! One bird was recorded flying at an altitude of up to 33,000 feet over the Himalayas. This record is second only to the Rüppell's Vulture flying up to an altitude of 37,000 feet.

Ancient Species
Sandhill Cranes have been around a very long time. In fact, their fossil history is among the longest of any living bird. Sandhill Crane fossils up to 2.5 million years old have been found.

Can't get enough of these amazing birds? Be sure to check out our great collection of cute and original crane apparel and gifts.

Cranes tend to have a lot of grey, black, and white in their plumage (not counting the Painted Crane). Many cranes, like North America's Sandhill Crane, have a bare patch of red skin on the face or forehead. In fact, only two species of crane have fully feathered heads as adults: the Blue Crane and the Demoiselle Crane. The Grey Crowned-Crane manages to have a bare red patch on the head despite its magnificent crown of golden feathers. It also has a matching red throat wattle. 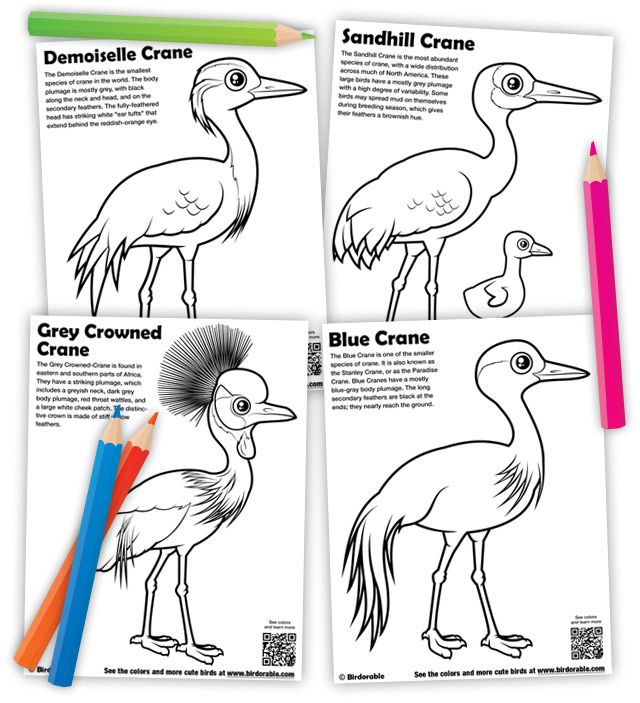 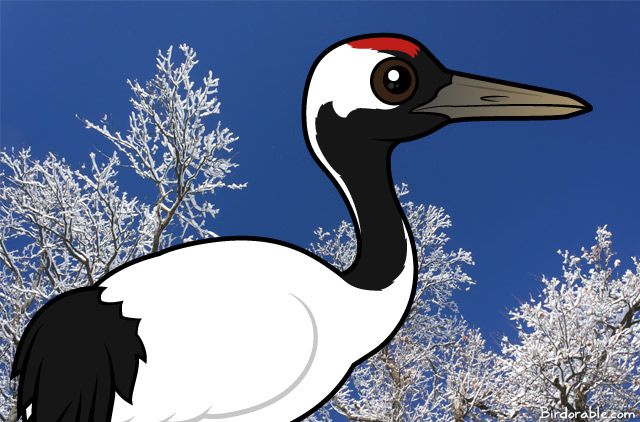 This week we're celebrating the world's cranes! Crane Week highlights the 15 species of crane found around the world. Today's post is a feature on one of the most endangered species: the Red-crowned Crane.

The Red-crowned Crane is named for the red "cap" of bare skin on the top of its head. The overall body plumage is white with black secondary (wing) feathers and black across the face and front of the neck.

Like other cranes, the Red-crowned Crane is an omnivore. Its diet includes insects, fish, and small rodents, as well as plant material like reeds, corn, and berries. They tend to eat more plant material during the winter months and feed more on prey animals during breeding season. 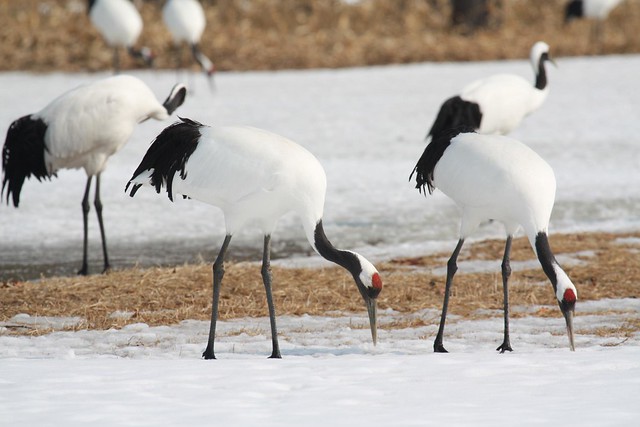 The Red-crowned Crane is also important in Chinese culture. The species is a symbol of nobility; in mythology it is associated with immortal beings.