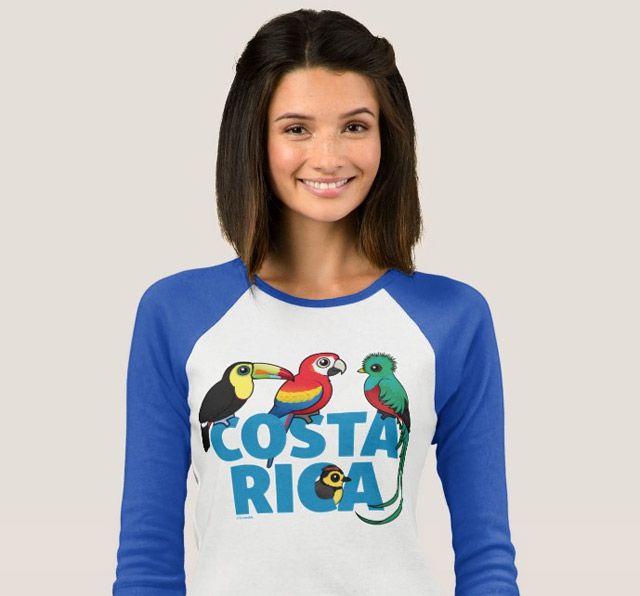 This fun Costa Rica design, featuring some of the country's most beautiful birds, is shown here on a comfortable classic baseball jersey for women, made from 100% super-soft ring-spun cotton by Bella. The design is also available on dozens of other t-shirt styles and colors.

The Keel-billed Toucan is found across much of Costa Rica, except for along parts of the Pacific Coast. The Resplendent Quetzal is a specialty found along the central mountains. The Collared Redstart is endemic to Costa Rica and western Panama. And the Scarlet Macaw, once nearly extirpated from the country, can now be found in two isolated regions along the Pacific Coast.

This is a great design for birders who have been to Costa Rica or love birding in this amazing Central American country. 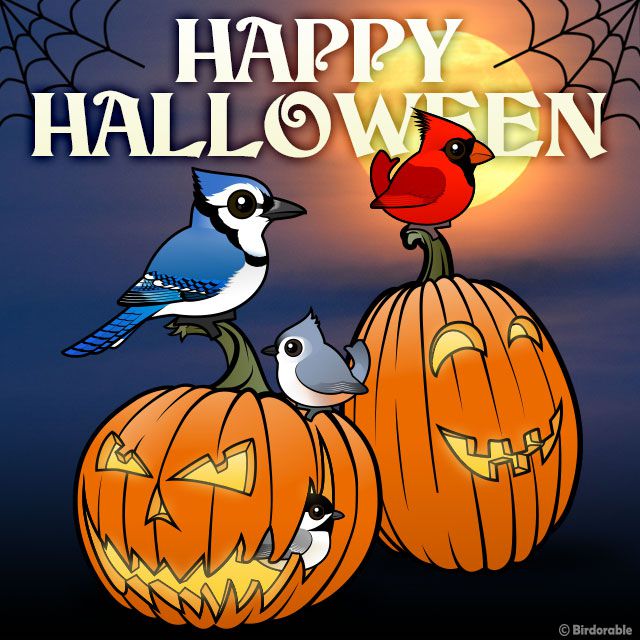 Happy Halloween from Birdorable! Do you recognize the above birds? They're the Blue Jay, Northern Cardinal, Tufted Titmouse and Black-capped Chickadee, all common backyard birds in the United States, hanging around two carved pumpkins. If you're still looking to do something today to celebrate Halloween, before you're going out trick-or-treating tonight, you can check out these original Halloween Birdorable coloring pages with some of our favorite birds:

Here are direct links to the coloring pages:

Have you used our coloring pages at home, in your classroom, or at an event? We'd love to hear about it! Send us photos of the pages in action, or the final result â€“ we may showcase them on our blog!

The Say's Phoebe is a medium-sized flycatcher found in western parts of North America. Most birds are migratory, though some birds in the southern part of the range are year-round residents. The Say's Phoebe is the northern-most breeding flycatcher in the New World. The bird is shown here on aÂ Women's Camouflage T-Shirt, which has a ribbed crew neck, double-needle hemmed sleeves and bottom and comes in sizes S to 2XL. The design is available on many different t-shirt styles and other products.Â This is our totally cute Birdorable Say's Phoebe 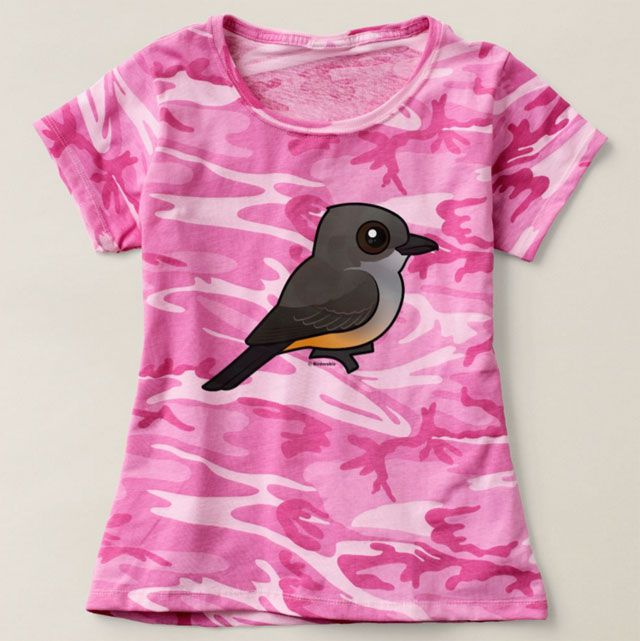