prsfertility.com wrote:
Whether you're looking for a prank you can put together in a few minutes or less, or one that's more involved, we've got the perfect idea for you. Don't forget to have a camera ready your definitely going to want to catch your kid's reaction on film. Need even more ideas? Try one of these timeless April Fool's day pranks you can play on kids and adults alike.

Spurwing Plover wrote:
It appears to be Painted Stork 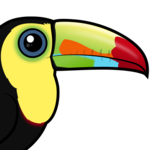 Happy 4th of July
The Bald Eagle became the official emblem of the United States of America on June 20, 1782, because ... Read more 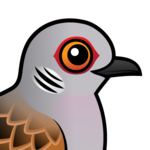 12 Days of Birdorable Christmas
Best wishes for a very merry Christmas from Birdorable! This fun infographic spells out the traditional carol The ... Read more

Birdorable at Festival of the Trees!
Check out this beautiful tree put together by Peter, a Boy Scout in Utah. Peter's tree is totally ... Read more
Previous Posts