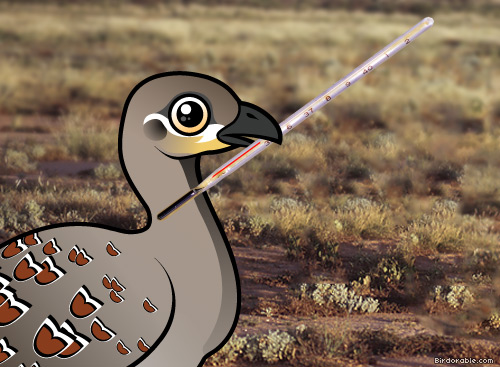 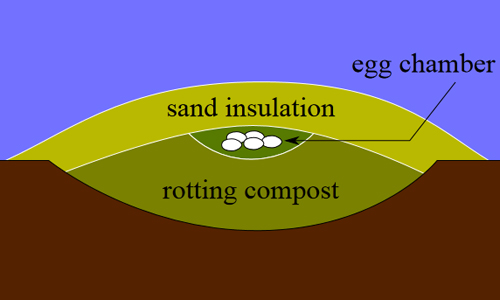 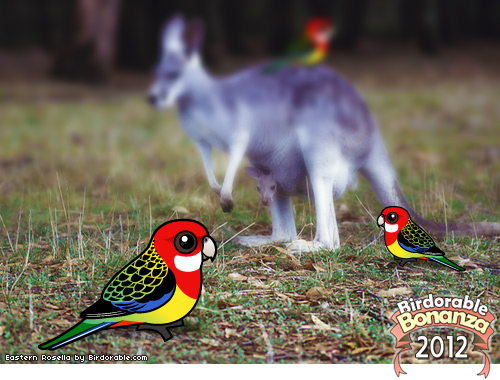 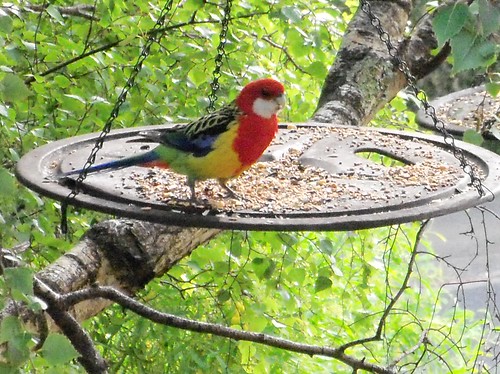 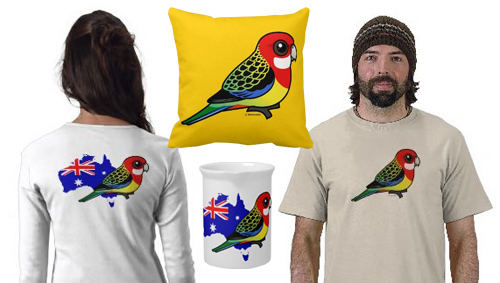 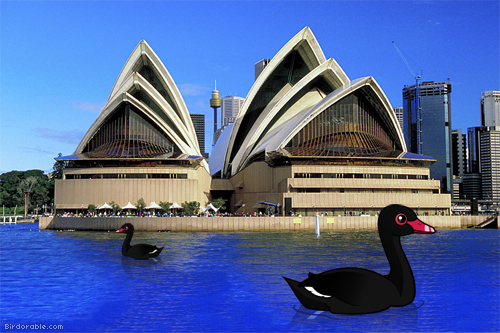 Before Europeans knew that the Black Swan was a real type of bird, they used it as a metaphor to describe something that didn't exist. For over 1500 years, to compare a thing to a Black Swan meant that it wasn't real, for in the eyes of Europeans, all swans were white. Mute Swans and Whooper Swans, both mostly white, were the only species of swan known to western culture at the time. Imagine how surprised you would be to see a flying pig, and you can guess how Europeans felt when they learned there really was such a thing as a Black Swan! When Europeans first visited Australia in the late 1600's, Black Swans were commonly seen on waterways. The birds are mainly found in the southeast and southwest parts of Australia. Today Australians, especially those living in Western Australia, have embraced the "otherness" of the Black Swan. For some it has come to symbolize antipodean identity, and the contrast between Australian culture with that of the northern hemisphere (and their white swans). The Black Swan can be found on the flag and coat-of-arms of Western Australia. If you'd like to read more about Black Swans and pop culture, check out this article.