Today was Banding Day at the Rochester Falconcam. All five of Mariah & Kaver's eyases were removed from the scrape temporarily in order to band them and take vital statistics. The eyases were also sexed and named. This year's offspring have been named: Seneca (f); Diamante (m); Quest (f); Zephyr (m); and Susan B (f). Read all about it on the Falconcam's Banding Day 2008 page. Birdorable congratulates the team on a successful banding day!

We're so happy to see that all five of Mariah and Kaver's eggs have now hatched, just in time for Mother's Day! The fifth egg hatched yesterday afternoon. This is an exciting time to watch the Rochester Falconcam - the five fluffy eyases need to grow so Mariah and Kaver will be busy feeding five hungry beaks.

The first Peregrine Falcon chicks have hatched over at the Rochester Falconcam! Parents Mariah and Kaver are going to be busy during the next weeks feeding their chicks, which will be full-grown falcons in just six weeks. Head on over to the Falconcam's blog, Imprints, to see the first photos of the eyases. (Remember, Birdorable supports the Falconcam with 30% of the sales from our Mariah & Kaver section going to the Genesee Valley Audubon Society)

Mariah and Kaver, the Peregrine Falcons over at the Rochester Falconcam, are currently brooding five eggs. Mariah laid the last egg on April 7th. Calculations put the eggs hatching right around Mother's Day. Last year Mariah also laid five eggs, but one egg mysteriously disappeared from the scrape sometime during incubation. Four eggs were hatched and all four eyases successfully fledged. Check out the Falconcam's blog, Imprints, to learn all about Mariah & Kaver and to read updates on chicks hatched in previous years. Some of them are stars of their own cams! And remember, a full 30% of all Birdorable Mariah & Kaver retail sales will be donated to the Rochester Falconcam.

The Common Kestrel is native to parts of Europe, Asia and Africa. They hunt by hovering 10 to 20 meters over the ground in search of prey. These small birds of prey are often seen hovering by highways, looking for mice, voles and other small rodents. This is our totally cute version of the Common Kestrel and our 99th Birdorable species: 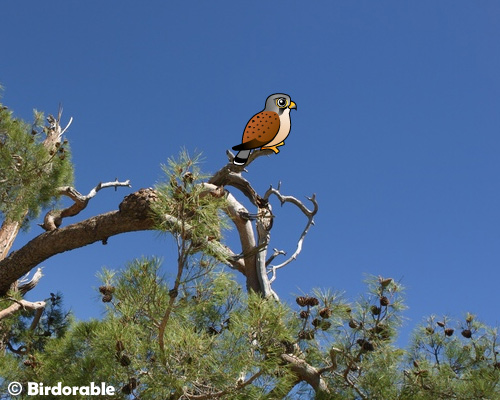 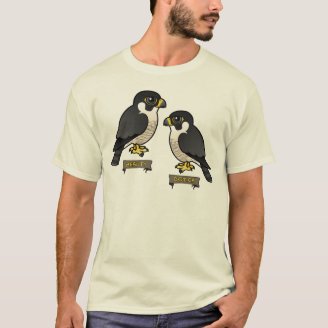 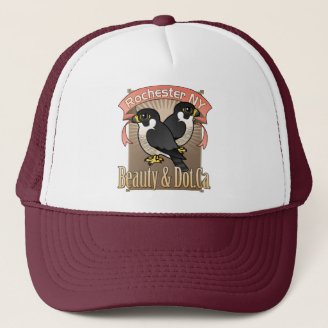 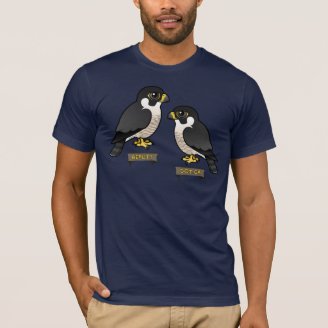 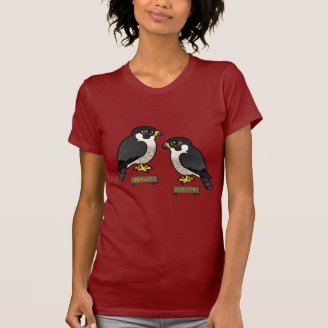 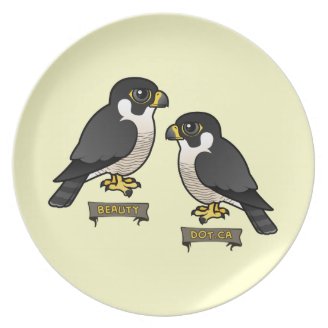 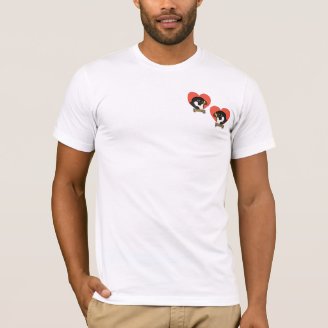 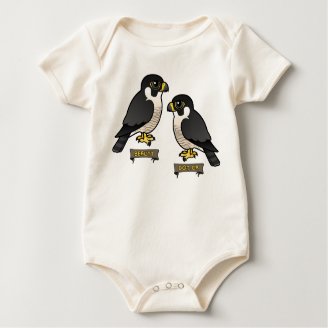 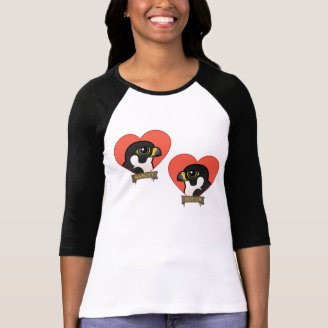