Today is Pi Day. Not the sweet and delicious kind, but π as in the mathematical number "3.1415926...", hence it is celebrated on March 14th, or 3/14 on the American calendar. The first Pi Day was held at the San Francisco Exploratorium in 1988 with people marching around in circles and eating fruit pies. It is a fun holiday for mathematicians and it also happens to be Albert Einstein's birthday. Here are two Birdorable Pi designs for this occasion: 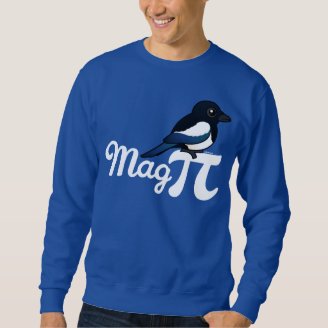 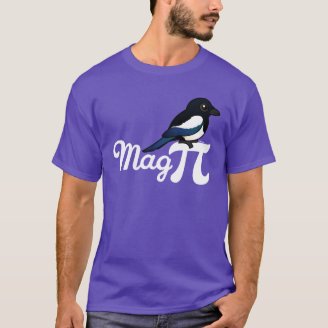 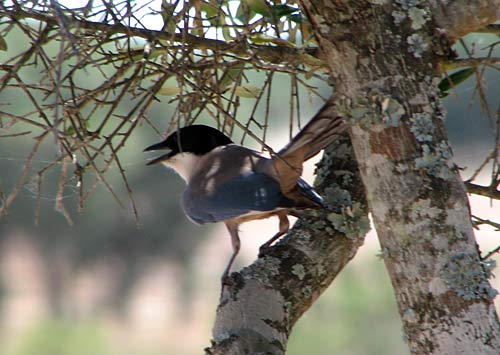 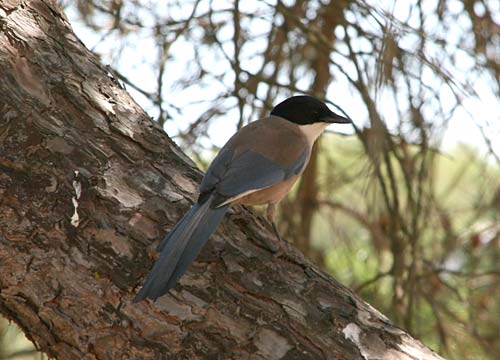 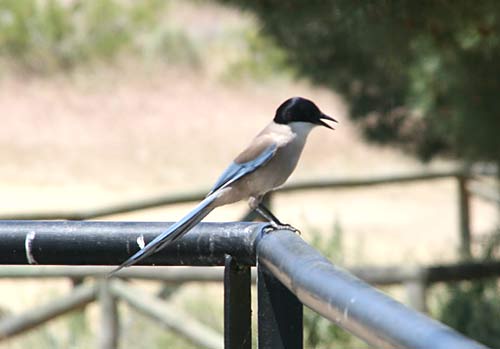 In addition to the regular Black-billed Magpie / European Magpie that was already a member of the Birdorable family of cute birds, two new exotic magpies have arrived this week: the Azure-winged Magpie that lives in Portugal, Spain and eastern Asia, and the Yellow-billed Magpie that lives only in California's Central Valley. The Yellow-billed Magpie, part of the crow family, is virtually identical to the more common Black-billed Magpie. It has a yellow bill and a yellow streak below the eye. The Yellow-billed Magpie lives only in California. The Azure-winged Magpie, is a bit smaller and sleeker than the widespread European Magpie. It sports a black cap and azure-blue wings and tail. Oddly, they live in two distinctly separated areas: the Iberian Peninsula, and eastern Asia. These are the Birdorable, totally cute version of these already cutie-pie Magpies: 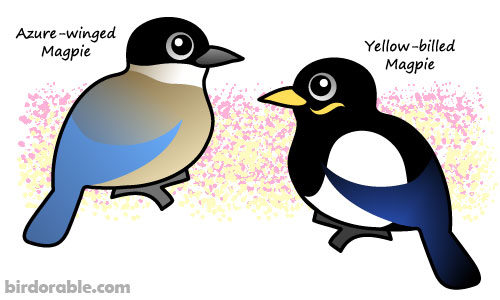