The Black Woodpecker, Dryocopus martius, is native to northern parts of Eurasia. They can be identified by their large size (about 18 inches long) and their all-black plumage. Black Woodpeckers sport a scraggly head crest of red, which is larger in males than in females. 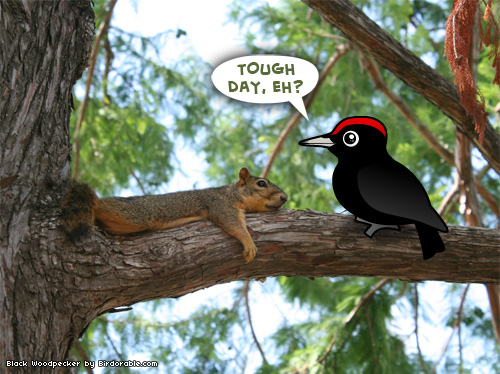 The Black Woodpecker recently joined Birdorable, bringing our total number of woodpecker species up to six. 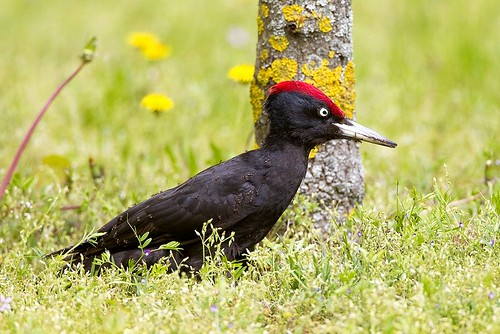 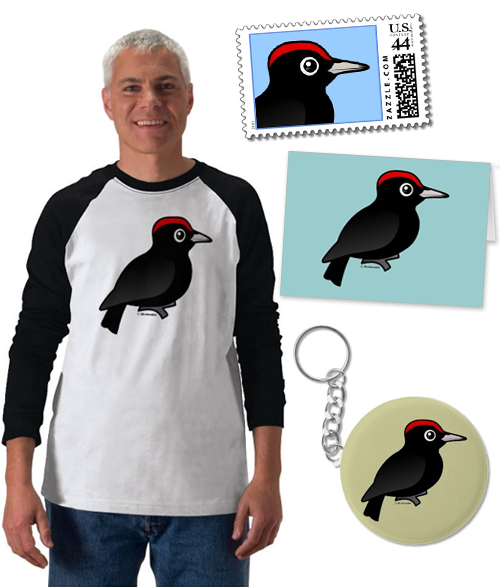 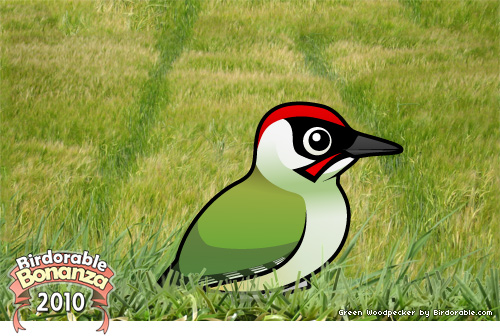 For 18 days we'll be introducing a new Birdorable bird every day as part of our Birdorable Bonanza 2010. Our second bird is this green anteater, the Green Woodpecker. Green Woodpeckers are a species of woodpecker that lives throughout Europe and parts of western Asia. They are widespread in many European countries, with over half of the global population believed to live in France, Spain and Germany. Unlike other species of woodpecker, Green Woodpeckers feed by foraging for bugs -especially ants - on the ground. They forgo pecking on wood (trees) for ant-hunting, feeding on several different species of ant. They're avian anteaters! 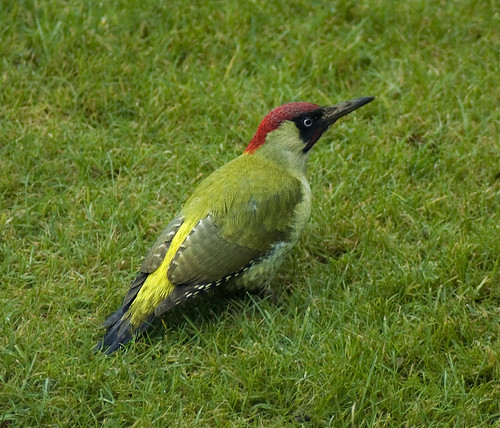 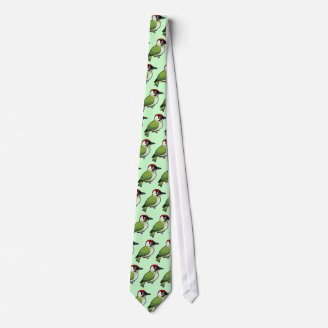 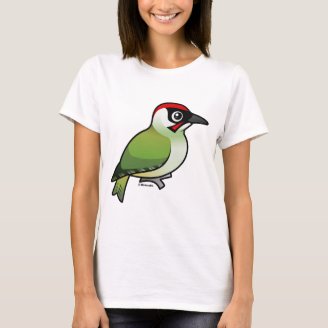 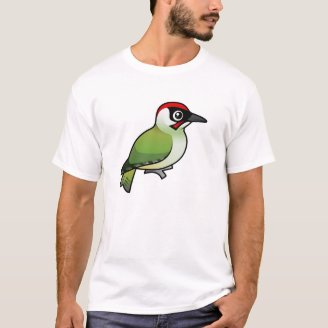 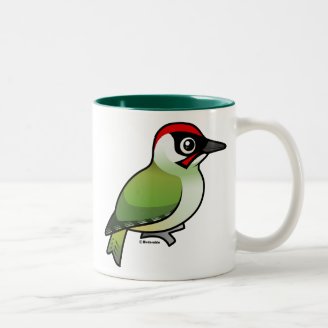 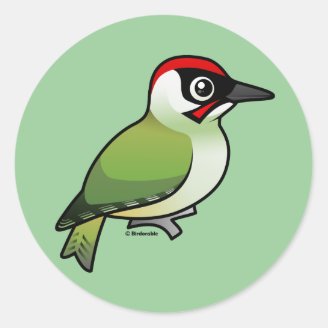 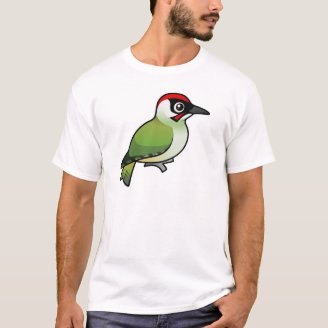 Tomorrow's bird is a beautiful little yellow bird that breeds in cavities in North America. Can you guess what it will be?

Today friend-of-Birdorable Sharon - Birdchick herself - posted a neat celebrity birding video on her blog. In the clip, she talks with Penn Jillette (of Penn and Teller) about the birds in his Las Vegas back yard, including a Black-chinned Hummingbird. It's a fun interview and includes some tips on using binoculars with glasses and on identifying your local Columbiformes. Sharon's wearing a Pecker Checker shirt from Birdorable in the interview, which means we join her in geeking out - Penn Jillette saw one of our shirts, OMG! 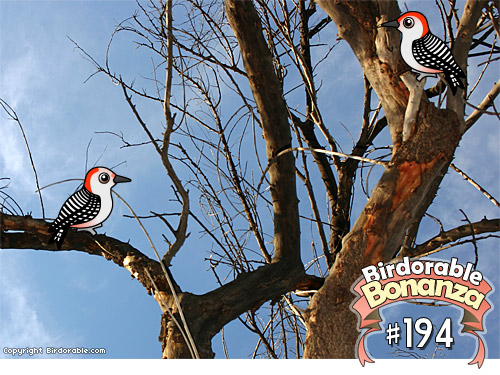 Just six more birds in the Birdorable Bonanza until we reach our 200th Birdorable. We hope you like all the new birds so far. Today's species is one of our favorite local birds, the Red-bellied Woodpecker. This cute woodpecker lives in the eastern part of North America. They are named for a reddish tint found on the lower belly.

The Red-cockaded Woodpecker is a beautiful bird, with its black and white striped back, black cap and nape and large white cheek patches. Unfortunately, it is an endangered species and the 5,000 groups of RCWs still left, or 12,500 birds from Florida to Virginia and west to southeast Oklahoma and eastern Texas, represent only about 1% of the woodpecker's original population. Check out our new Save the Red-cockaded Woodpecker t-shirt design: 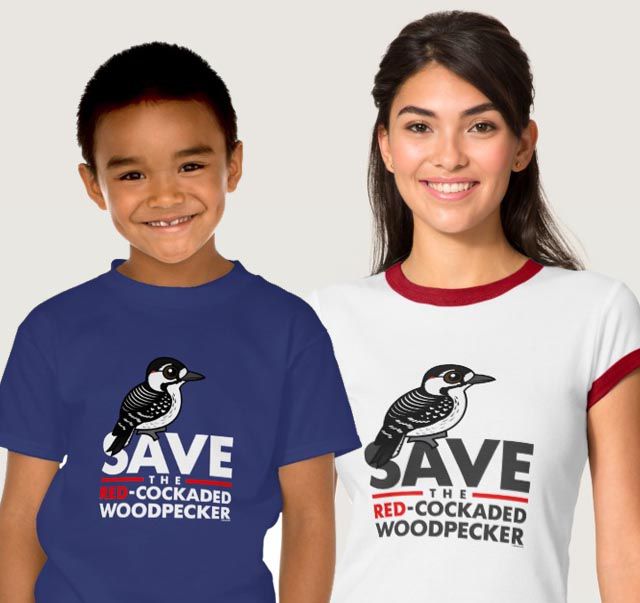