Kirtland's Warbler is named for the amateur naturalist Jared P. Kirtland, a doctor and politician from Ohio. Kirtland was interested in natural history and was involved in the first geological survey of Ohio. Besides the endangered warbler, Kirtland also has two species of snake named after him.

The Worm-eating Warbler, like most species of warbler, feeds on a variety of different insect prey items, including worm-like larvae. They are not unique in this diet and feeding strategy, and they rarely or possibly never eat earthworms.

The Ovenbird is named for the shape of its nest. Ovenbirds make a domed structure, known as an "oven", on the ground. The dome is made of woven vegetation and has a side entrance.

Wilson's Warbler was first described for science in 1811 by Alexander Wilson. Wilson has been called the "Father of American Ornithology." He published a nine-volume study of American birds between 1808 and 1814, describing at least 26 new species. Several other species are named for Wilson, including a plover, a snipe, and a phalarope.

Sometimes a warbler's name doesn't make a lot of sense. For instance, the Magnolia Warbler is named for a type of tree it only encounters for a short time, if at all, each year. The ornithologist Alexander Wilson first saw this species of bird in a Magnolia tree in Mississippi during migration. The type of tree was likely Magnolia grandiflora, a species native to the southeastern United States. Magnolia Warblers only pass through this range while migrating between their northern breeding grounds and their wintering grounds in the Caribbean and Central America.

Similarly, the range of the Nashville Warbler only brings them around Nashville, Tennessee, during migration. It's the same story for the Tennessee Warbler, which was named from a specimen collected in Tennessee during migration. At least the Kentucky Warbler breeds in Kentucky, though its breeding range extends further afield.

Whether the name makes sense or not, we love all warblers! Thanks for following all during our Warbler Week, and stay tuned for more warbler fun in the coming days. 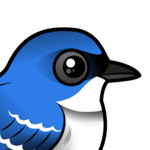 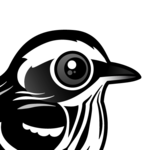 May: Warbler Neck Awareness Month
It's here! May may be the most exciting month of the year for birders. May brings beautiful little ... Read more 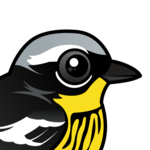 New Coloring Pages for Warbler Week
New World warblers are famous for their fabulous colors, especially during spring migration when the birds have their ... Read more
Previous Posts