The Salmon-crested Cockatoo, also called the Moluccan Cockatoo, is a parrot native to Indonesia. When excited, this large white cockatoo shows its striking crest with bright red feathers. It has a loud call and is known for more... its ability to mimic. This is our totally cute Birdorable version of the Moluccan Cockatoo with crest playfully, partially raised. 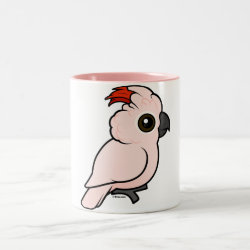 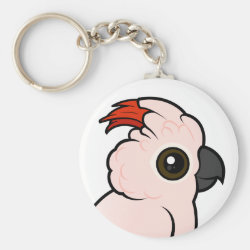 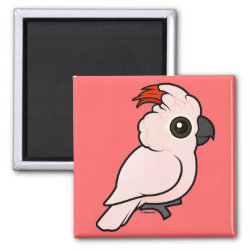 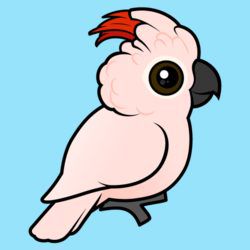 The Salmon-crested Cockatoo is the largest of the white cockatoos. It has beautiful white-pink features and a large retractable crest which reveals bright red-orange plumes when excited or to frighten potential attackers. These birds are also ... More