Mrs. Gould's Sunbird is a small species of nectar-feeding birds native to parts of Asia. They are named for the British naturalist illustrator Elizabeth Gould. Mrs. Gould's Sunbird has a striking plumage, with a bright reddish-orange more... back, yellow breast, and blue tail. There are iridescent feathers at the crown, cheeks, and chin. This is our totally cute Birdorable cartoon illustration of Mrs. Gould's Sunbird! 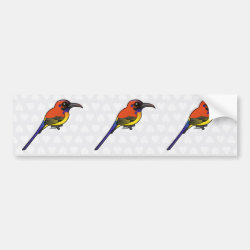 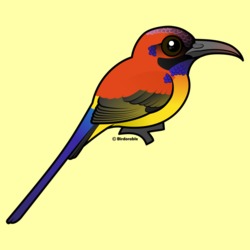