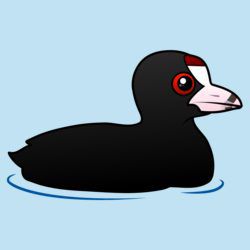 American Coot
A cute version of this familiar bird of the rail family. Coots are cute! 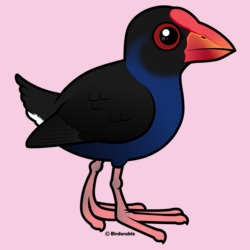 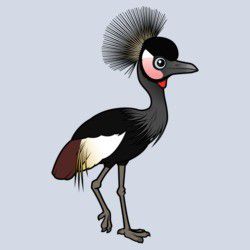 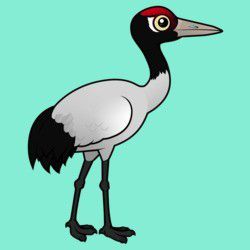 Black-necked Crane
A medium-sized Asian crane named for the black feathers on its neck. 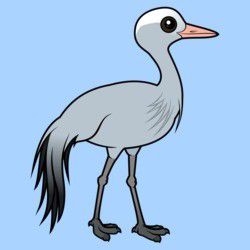 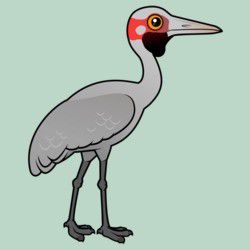 Brolga
This crane is found Down Under! The Brolga used to be known as Native Companion and can be found in Australia and New Guinea. 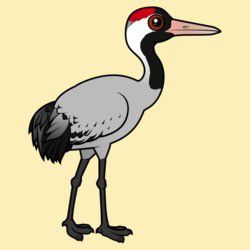 Common Crane
This Old World species is also known as the Eurasian Crane, Grey Crane, or simply as just Crane. 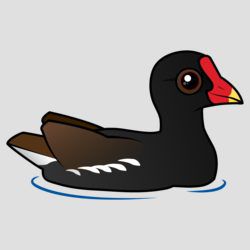 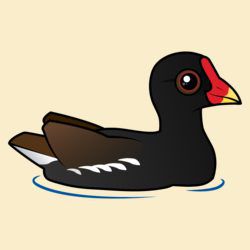 Common Moorhen
Ungainly ginormous feet, pudgy black bodies, and a bright red faceplate. Put them together and you've got a Common Moorhen!
2 designs 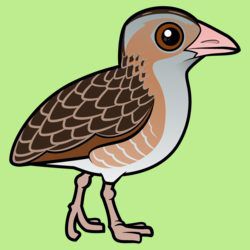 Corn Crake
A cute, secretive migratory bird found in Europe, Asia, or, in the winter, Africa. 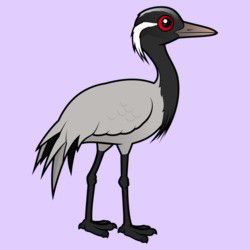 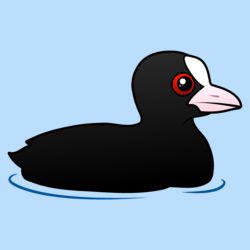 Eurasian Coot
Another cutie cootie from Birdorable. How many species of coot have you seen? 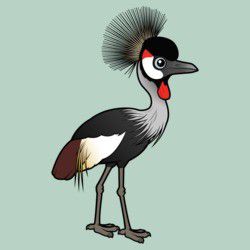 Grey Crowned-Crane
This fabulous bird is named for its grey body plumage and for its stiff head crown. 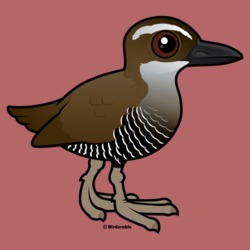 Guam Rail
Extinct in the wild but with an active breeding program, we hope the Guam Rail will live free on Guam again one day. 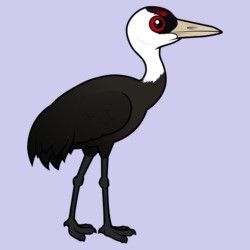 Hooded Crane
A migratory species of crane found in parts of Asia. This is one of the smaller crane species. 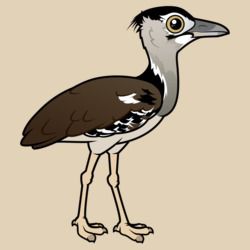 Kori Bustard
This is one heavy bird! They may weigh over 40 pounds and are among the heaviest birds capable of flight. 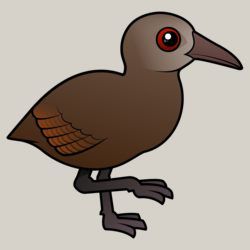 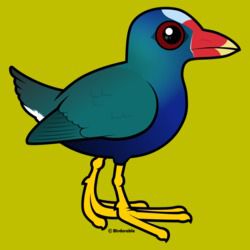 Purple Gallinule
A striking bird of the rail family with a lot of colors going on. 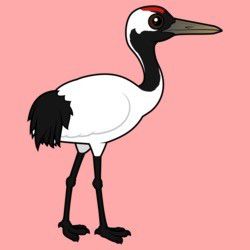 Red-crowned Crane
A large species of crane that is found across parts of Asia. AKA Japanese Crane. 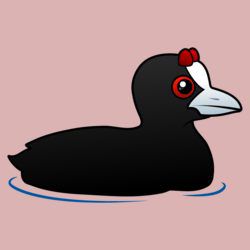 Red-knobbed Coot
A cute relative of the American Coot, this coot is named for the red knobs at the top of its facial shield. 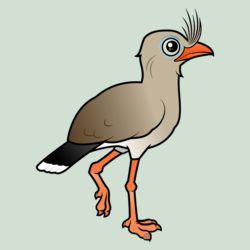 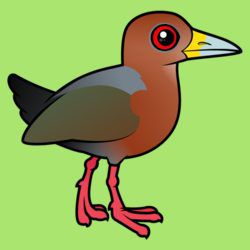 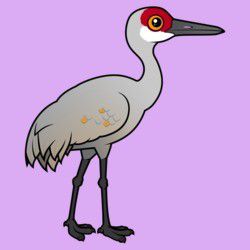 Sandhill Crane
Sandhill Cranes are large birds native to much of North America. Here they are in cute Birdorable style!
2 designs 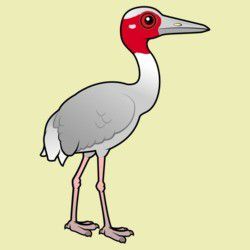 Sarus Crane
The tallest species of flying bird is this large non-migratory crane. 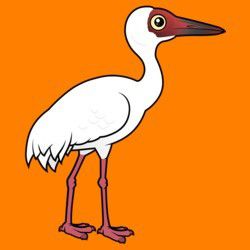 Siberian Crane
This highly migratory crane has a mostly white plumage with a bare face of red skin. 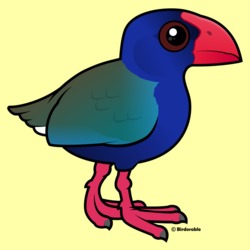 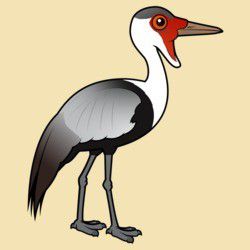 Wattled Crane
An African species named for hanging flaps of skin dangling below its throat. 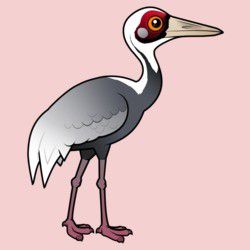 White-naped Crane
A pretty crane with a striking plumage of grey constrasting with white.
3 designs 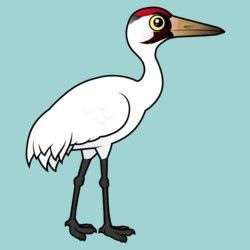