The Red-crowned Crane features prominently is Chinese culture, and is considered by some to be the national bird. It was nominated by the State Forest Administration in 2007. Because the common name for the bird in more... Latin is actually "Japanese Crane", the decision to name the bird officially has been deferred. This cute design from Birdorable features our cartoon Red-crowned Crane along with a map of China. 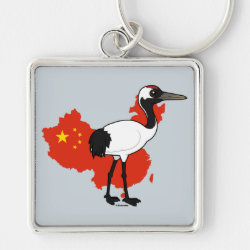 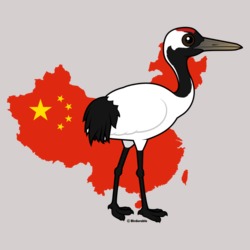