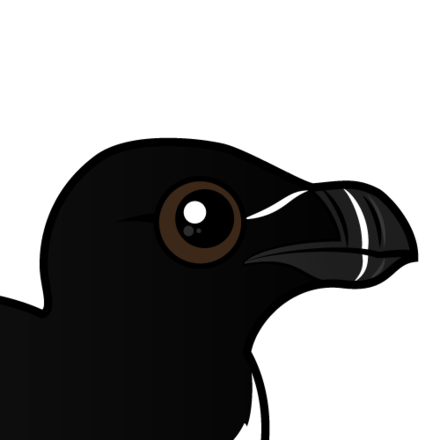 The Razorbill is a large species of alcid that breeds on the rocky shores and cliffs of the northern Atlantic coasts, from eastern North America as far south as Maine to western Europe, from Russia to France.

Razorbills nest in large colonies and lay their eggs on bare rock. They are thought to have an average lifespan of 13 years, but a Razorbill that was ringed (banded) in the United Kingdom in 1967 was seen again in 2008, having reached the age of at least 41 years! 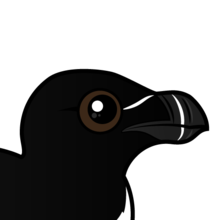 From IUCN Red List:
The Razorbill is listed as Near Threatened on the IUCN Red List and was last assessed in 2015 by BirdLife International. This species has undergone moderate declines in Europe, including very rapid declines in Iceland since 2005. Crashes in sandeel stocks around Iceland may be a contributing factor in the declines. The species has therefore been uplisted to Near Threatened as it almost meets the requirements for listing as threatened under criterion A4ab. 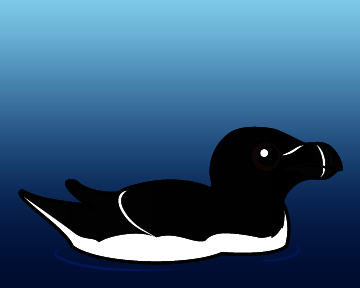 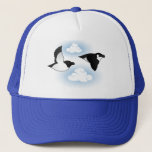 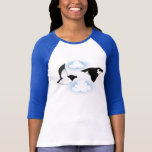 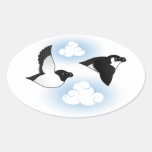 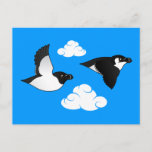 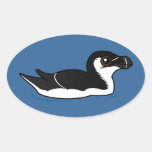 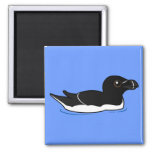 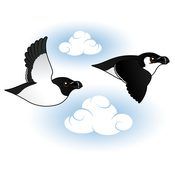 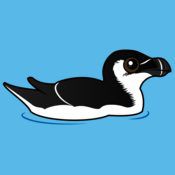 Razorbills out of range

All You Need is Razorbills

Razorbills typically live for 13 years, but one particular Razorbill that was ringed in 1967 was still spotted in the United Kingdom last year, over 41 years later! The same bird has ... more
View All Birds 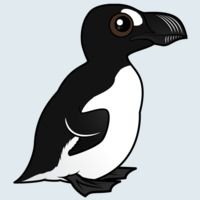 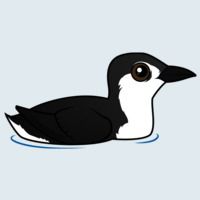 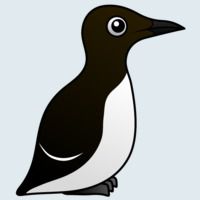 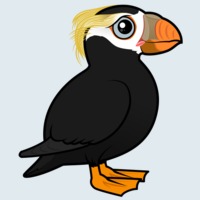 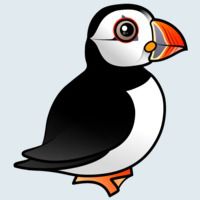