About the Victoria Crowned Pigeon 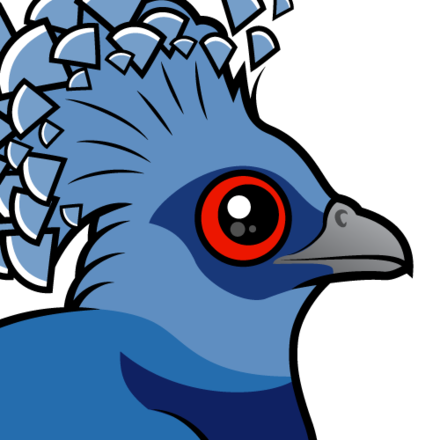 The Victoria Crowned Pigeon is named in honor of Queen Victoria of the United Kingdom, and for its large crown of lacey blue crested head feathers. They can also be recognized by their red eyes, powder blue color, and very large size.

Due habitat loss, hunting, and other factors, the Victoria Crowned Pigeon has a conservation status of Near Threatened as of November 2014. Because of their rare beauty and calm disposition, they are popular zoo and aviary birds, and breed successfully in captivity. 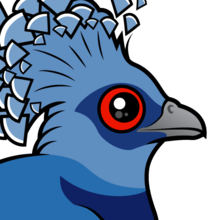 From IUCN Red List:
The Victoria Crowned Pigeon is listed as Near Threatened on the IUCN Red List and was last assessed in 2013 by BirdLife International. This species has been downlisted to Near Threatened as it is no longer suspected to be undergoing rapid declines since hunting pressure is no longer thought to represent a significant threat. Nevertheless, moderately rapid ongoing declines are still suspected to be taking place owing to the impacts of selective logging and the development of oil-palm plantations in its lowland forest habitat. 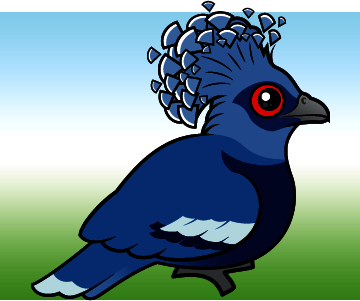 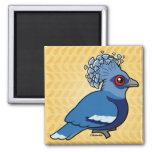 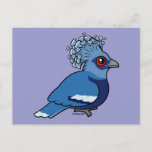 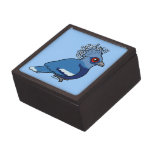 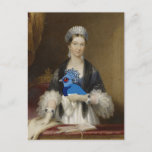 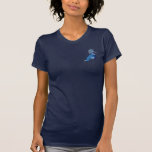 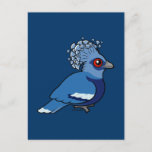 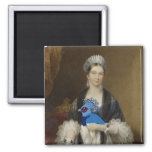 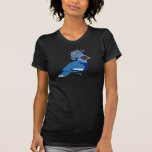 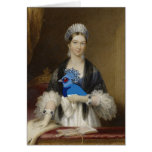 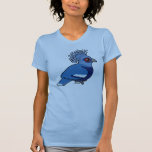 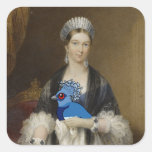 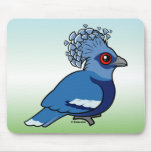 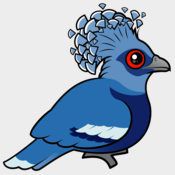 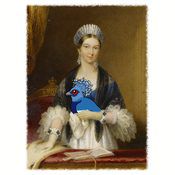 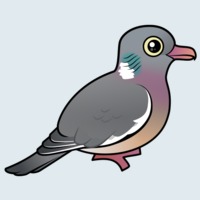 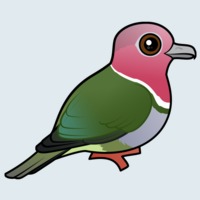 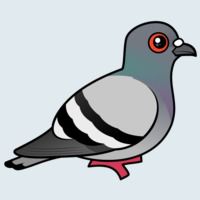 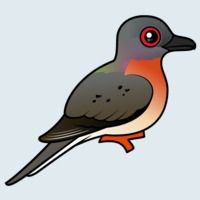 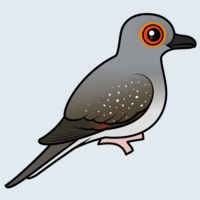