About the White Wagtail 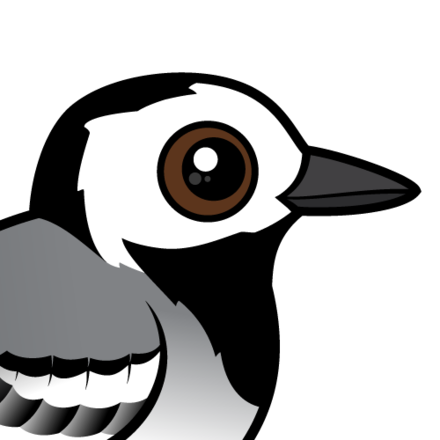 The White Wagtail is a small passerine bird with a large natural range and many subspecies. There is great variety in the plumage of the different subspecies. The nominate race, Motacilla alba alba, is mostly grey above and white below. It has a white face with a black cap and chest. White Wagtails breed across much of Europe and Asia.

Wagtails are related to pipits and longclaws. They are named for their habit of constantly bobbing their relatively long tails up and down. The reason behind the non-stop tail-wagging isn't really known, but theories include flushing prey or communication with other wagtails.

The population trend for the White Wagtail is stable, and with its large range and very large population, the conservation status of the species is Least Concern as of November 2014. 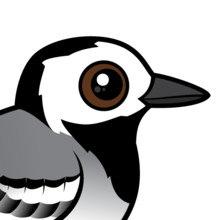 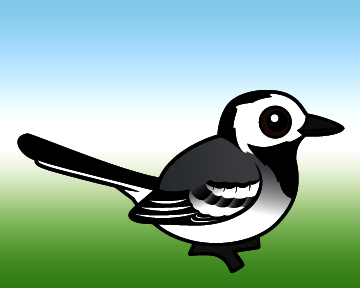 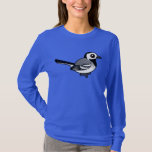 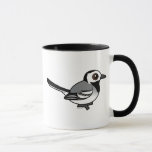 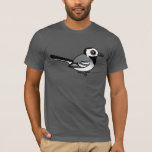 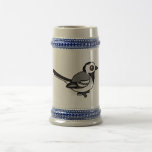 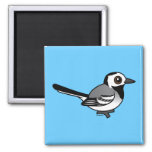 We're 18 days into July, which means that today we are revealing the 18th bird in our 2013 Birdorable Bonanza! Today we introduce our latest new species, the White Wagtail. White Wagtails are ... more
View All Birds 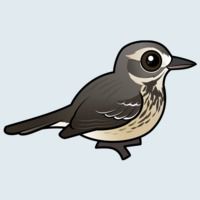 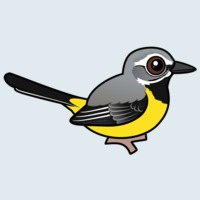