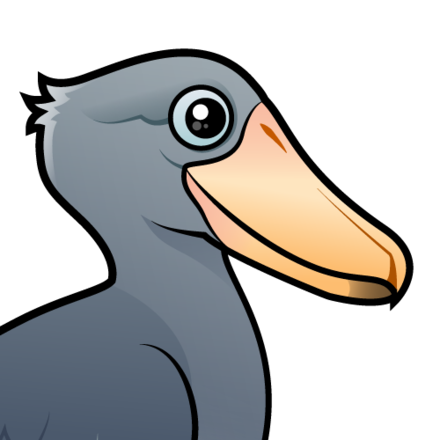 The Shoebill is a large stork-like bird related to pelicans, boobies and frigatebirds. They live in parts of eastern Africa, with most individuals living in the Sudan. Their conservation status is considered vulnerable, mainly due to habitat loss.

Shoebills have a mostly grey plumage and are named for their huge shoe-shaped bills. They prefer swampy habitats. Shoebills feed mainly on small aquatic animals like fish and frogs. They will also take small mammals. 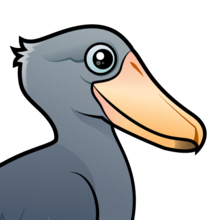 From IUCN Red List:
The Shoebill is listed as Vulnerable on the IUCN Red List and was last assessed in 2012 by BirdLife International. This rare and localised species is listed as Vulnerable because it is estimated to have a single small population within a broad Extent of Occurrence. The population is undergoing a continuing decline owing to hunting, nesting disturbance and the modification and burning of its habitat. 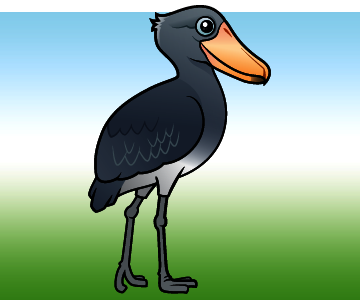 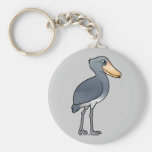 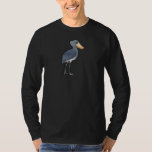 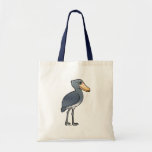 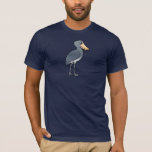 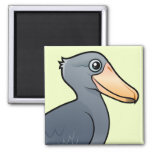 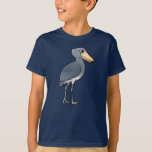 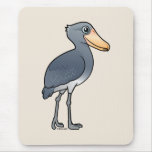 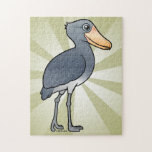 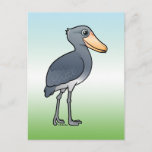 For 19 days we're adding a new Birdorable bird every day as part of our Birdorable Bonanza 2011. We're counting up to revealing our 350th species! Today's bird is the Shoebill. Shoebill stork ... more
Coloring Page

The Shoebill is a large stork-like bird from Africa that is named for its large shoe-shaped bill. The bird is mostly greyish-blue in color, with a light orange bill and grey feet. ... more
Wallpaper 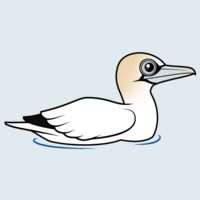 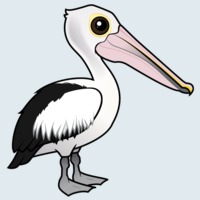 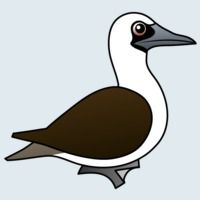 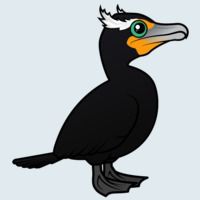 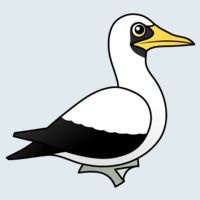 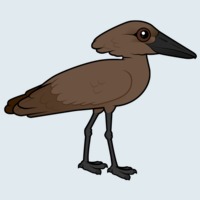