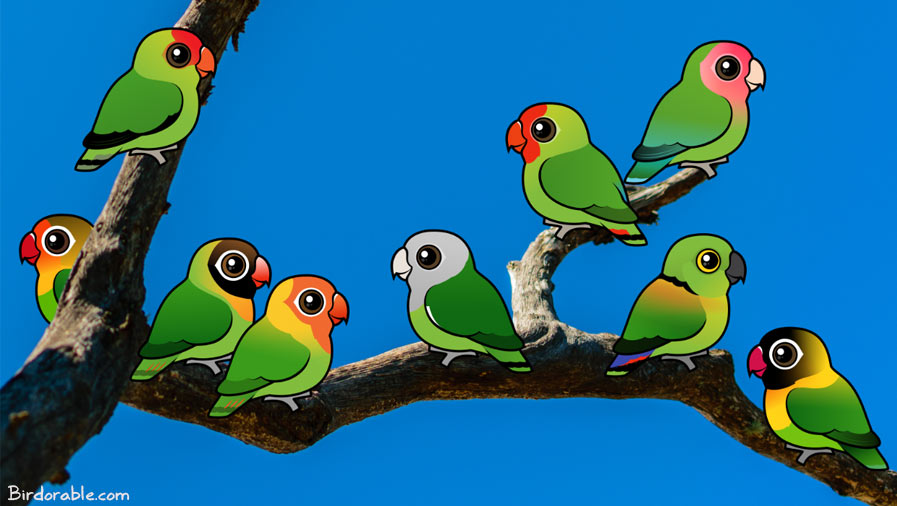 The nine species of lovebird in the world all belong to the genus Agapornis, which is Greek for love (agape) bird (ornis). These small and colorful parrots are known for their social affection and strong pair-bonding between lifelong monogamous mates. Their beauty and natural personalities make some of them popular species in aviculture (pet birds). Here are some facts about the species in the lovebird family.