The Jocotoco Antpitta is a large species of antbird that lives in a small range found across the Ecuador/Peru border. The species was discovered in the late 20th century. The fact that such a large bird went more... unnoticed by science for so long indicates that its range and total population may have never been very large; today it faces the threat of habitat loss. 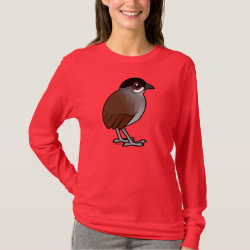 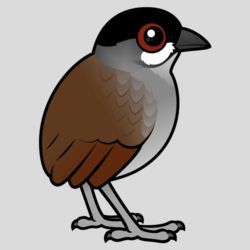 The Jocotoco Antpitta is a species of bird endemic to a very small range in South America, between Ecuador and Peru. The species is relatively new to science, having been discovered in 1997 and formally ... More