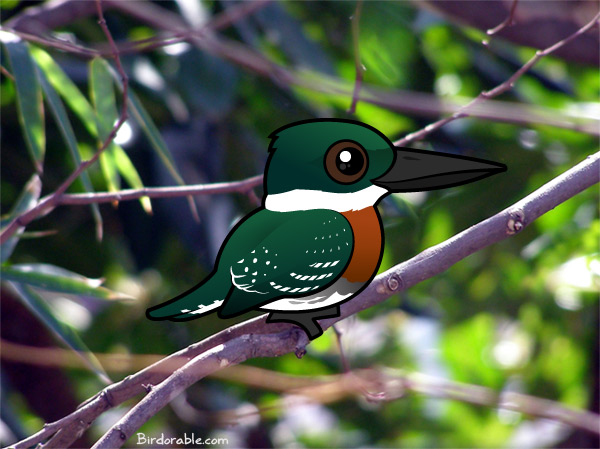 The Green Kingfisher is one of three kingfishers found in the United States, but at 7.5 inches long it is much smaller than the Belted and Ringed Kingfisher. It is also very rare in this country and can only be found in the south of Texas. It lives throughout Central and South America as far south as central Argentina. 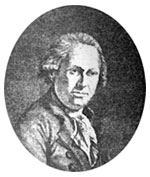 Unlike the other two kingfishers, Green Kingfishers also fly low over the water's surface and can be found perching on low branches. The Green Kingfisher was first described in 1788 by the German naturalist Johann Friedrich Gmelin (pictures right), who gave it the latin name Chloroceryle americana. Here's a picture of a female Green Kingfisher, which lacks the broad chestnut breast band that males have, like the one on the mangrove in the picture above. 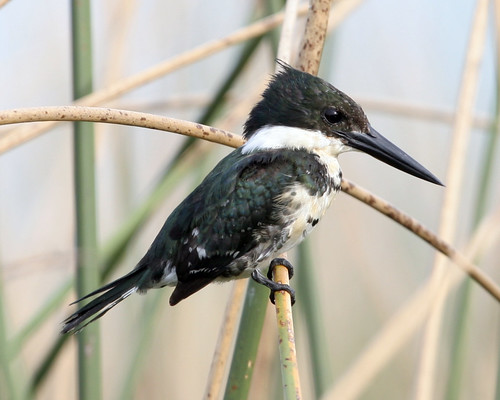 Unfortunately I have never seen a Green Kingfisher. Have you? 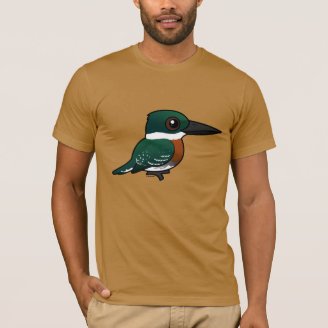 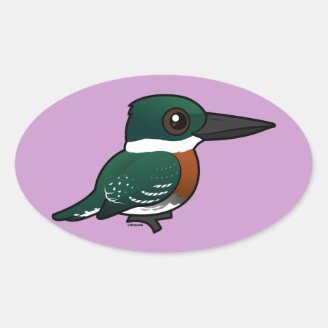 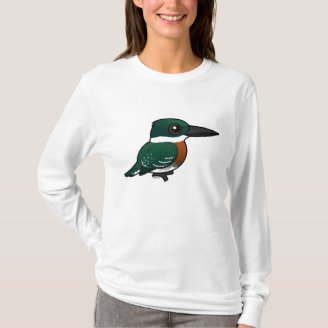 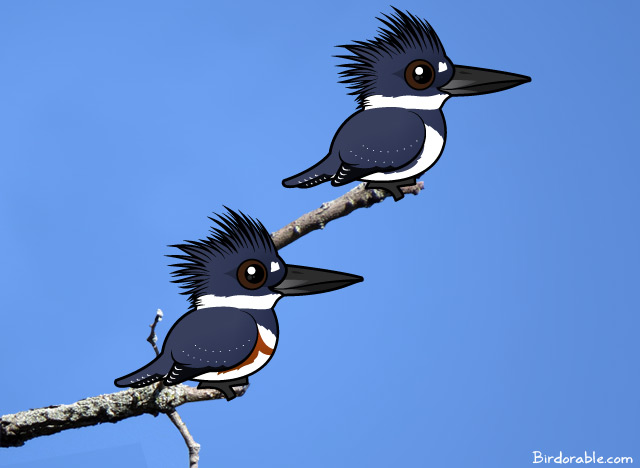 The Belted Kingfisher is one of three new kingfishers that we've added to Birdorable. This cutie can be found across North America, Central America and South America as far south as Argentina. I love Kingfishers, and we saw many Belted Kingfishers on our vacation in Florida. We were staying in Key Largo and every time we drove Route 1 back to the mainland we saw dozens of these guys sitting on the telephone wires looking down at the water. When they spot a fish that they like, they'll dive into the water head first to grab it. Did you know that many Kingfishers, including this one, nests underground? A pair will dig a tunnel as long as 8 feet in river banks. The tunnel slopes upward to keep water from entering the nest. Human activity has actually expanded their breeding range; road building and the digging of gravel pits has created new banks where kingfishers can nest. 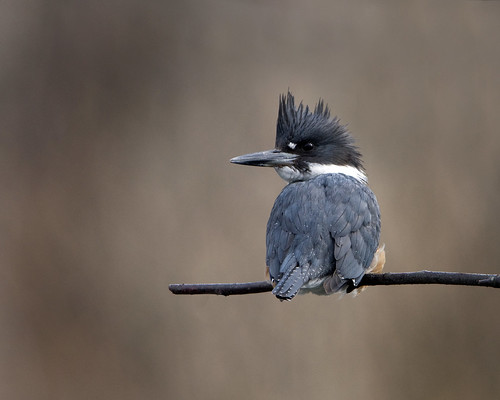 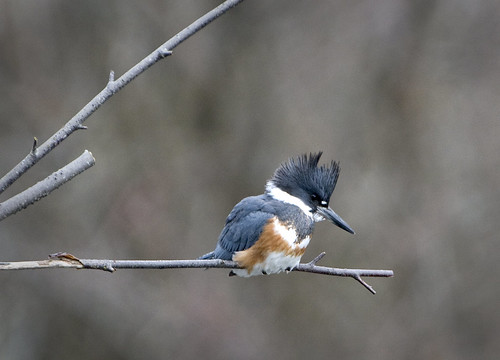 Males and females both have shaggy crests and are colored blue and white. Females have rufous across the upper belly. This is our totally cute Birdorable version of the Belted Kingfisher! 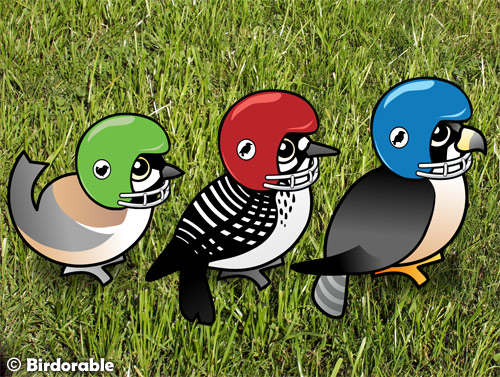 Mass Audubon's Superbowl of Birding IV will take place this Saturday from 5am to 5pm. The Superbowl of Birding is a 12-hour competition in Massachusetts whereby different teams try to find as many birds as possible during the day. Different birds are worth different points and prizes will be awarded in nine different categories. We'll be rooting for one of the teams participating in this year's competition: the Bloggerhead Kingbirds. The team is made up of birding bloggers Christopher, Patrick, Corey, Quintus and N8. Christopher contacted us earlier this week to make a logo for their team, which we were very happy to do! He requested a Loggerhead Kingbird with a laptop and binoculars and here's the result: 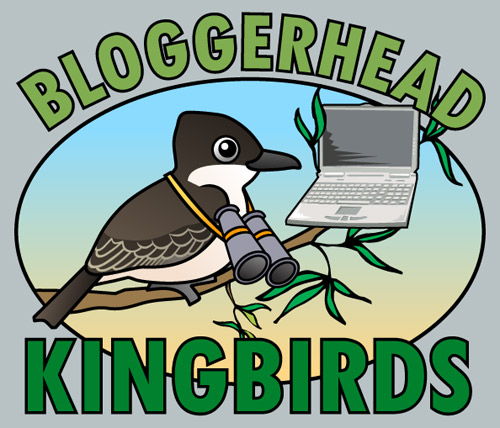 You can read more about the team here: https://natureblognetwork.com/blog-content/nature-blogging-20/. Good luck Bloggerhead Kingbirds!

Razorbills typically live for 13 years, but one particular Razorbill that was ringed in 1967 was still spotted in the United Kingdom last year, over 41 years later! The same bird has been returning to the same cliff since hippies were wearing flowers in their hair and the Beatles were singing "All You Need Is Love". The old Razorbill was reported by the British Trust for Ornithology last year, along with 11 other record-breaking long-living birds, including a 31-year-old Curlew and a Black-headed Gull that has been flying around parks in Central London for 27 years. 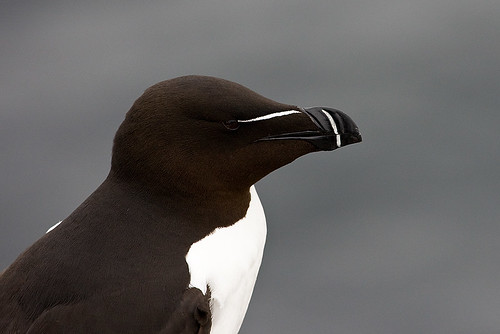 Razorbill on the Farne Islands, UK, by ankehuber

The Razorbill is a beautiful striking bird. It is the 159th Birdorable bird and the answer to this week's spot the Birdorable. Unfortunately we have never seen a Razorbill. Have you? 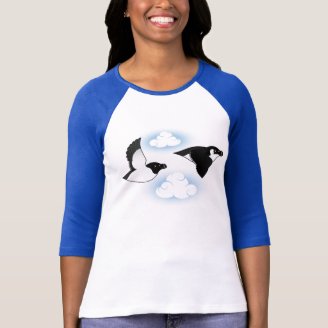 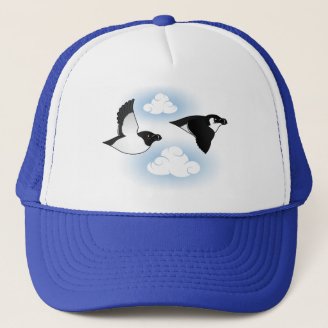 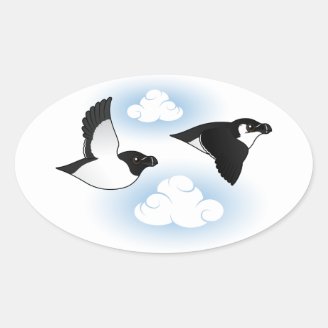 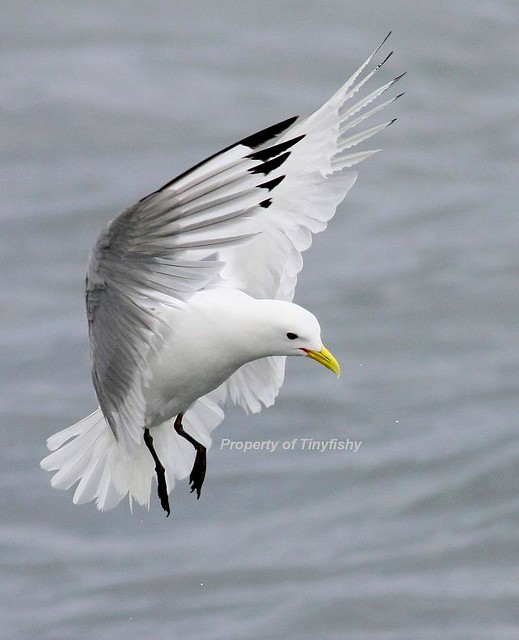 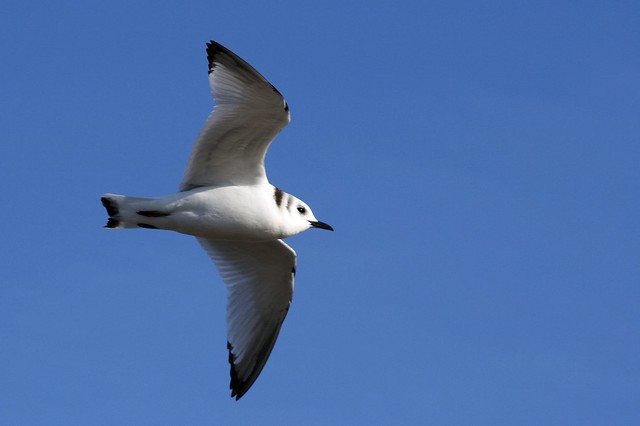 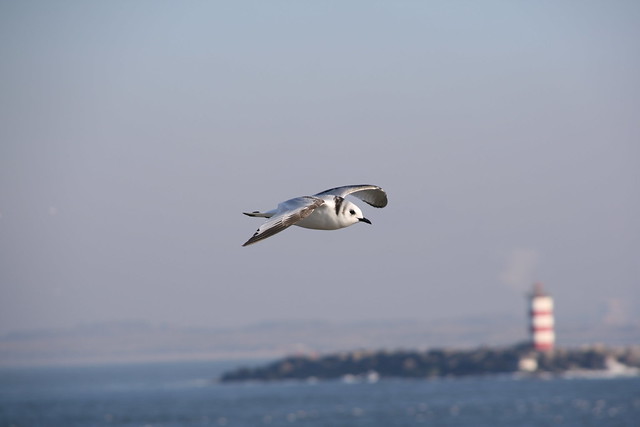 We've added another cutie to Birdorable, the Common Murre, also known as the Common Guillemot. These sea birds can be found in low-Arctic waters in the North Atlantic and North Pacific oceans, all over the northern hemisphere. They spend most of their lives out at sea and only come to land to breed on rocky cliffs or islands, where they get together in huge groups, which are called a 'bazaar', or a 'fragrance' of murres. Check out this incredible photo of thousands of murres at Point Reyes National Seashore, approximately 30 miles north of San Francisco. 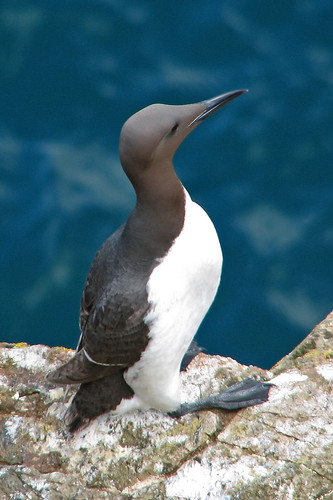 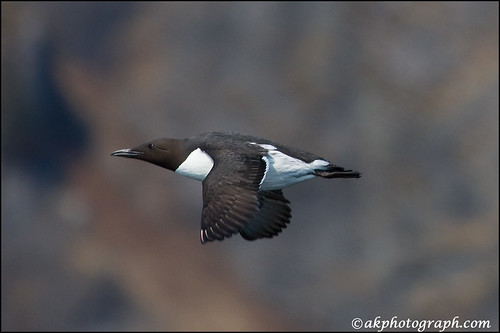 From their nest site they fly as far as 125 miles to look for food for their chicks. They are excellent divers. Using their wings for propulsion they can dive as deep as 600 feet to forage for food. Check out this neat video of Guillemots diving underwater at Farne Islands, off the coast of Northumberland in England.

Video of diving guillemots at the Farne Islands

The Birdorable Murre is available on t-shirts and other apparel in two different designs: 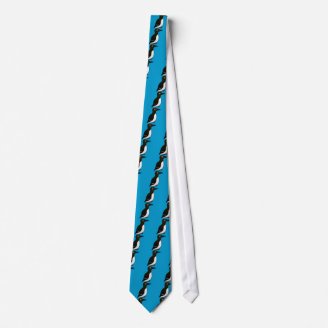 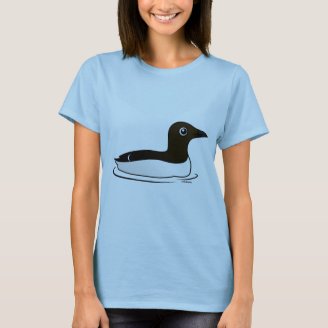 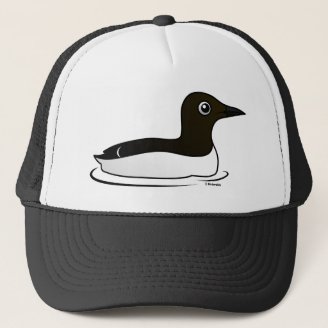 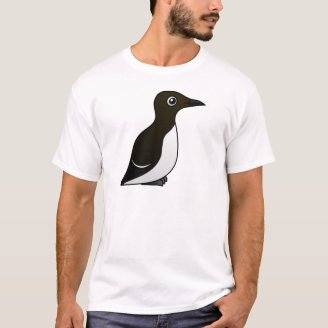 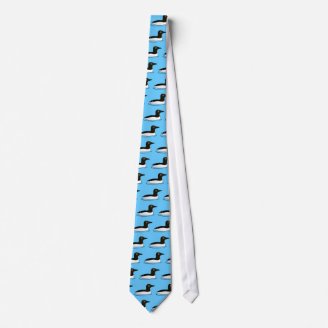 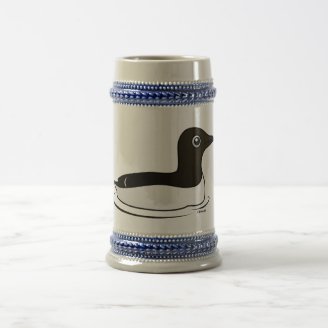