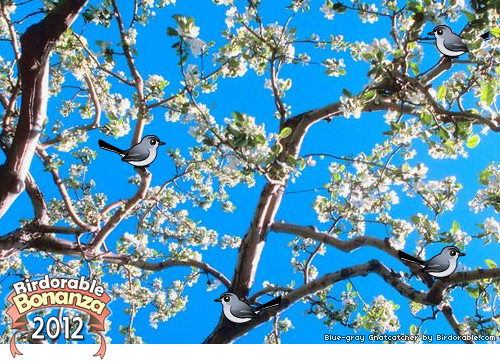 There are twelve species of gnatcatcher in the world. The Blue-gray Gnatcatcher occurs the furthest north of all, and is the only species that migrates (at least part of the population does so). 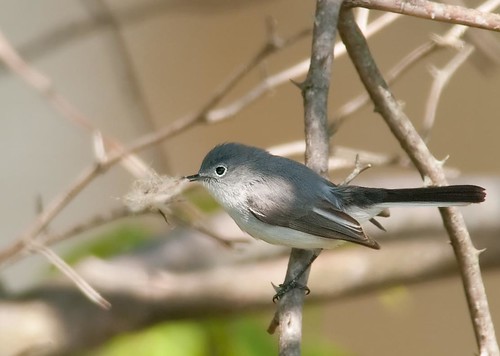 These small birds are known for their extremely active nature. They spend much of their time foraging for food high up in trees, constantly on the move. They can be identified by their sweet buzzy call, given frequently while they feed. 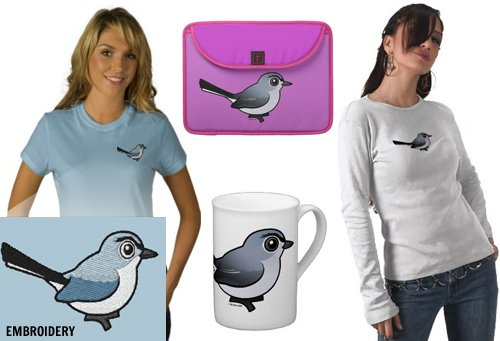 Tomorrow's bird is a common and very vocal North American species of raptor. Can you guess what it will be?