Today's highlighted t-shirt design features one of North America's least-liked birds, the Brown-headed Cowbird. Cowbirds have an unusual breeding strategy, living as brood parasites. They lay their eggs in other bird nests and may use mafia-like tactics to keep their eggs safe and ensure the foster parents will care for their chicks. In this original spoof logo design from Birdorable, The Cowbird is depicted as the king of mobster bosses. 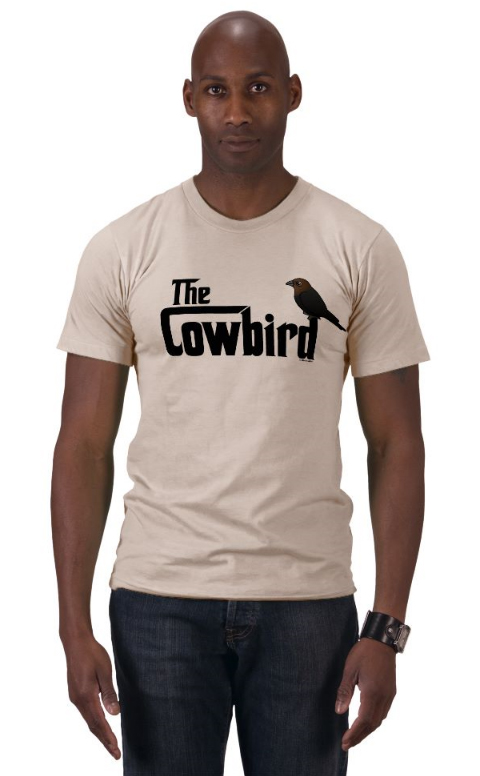 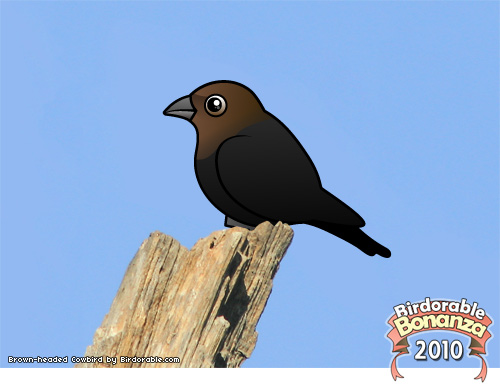 For 18 days we're adding a new Birdorable bird every day as part of our Birdorable Bonanza 2010. Today's bird is the Brown-headed Cowbird! Brown-headed Cowbirds are well-known (and well-disliked!) for being brood parasites. This means they do not make their own nests. Instead, females lay their eggs in the nests of other birds. With this strategy, young Brown-headed Cowbirds are raised by the host parents, which can be as small as Yellow Warblers; more than 140 different species of birds have been seen raising baby Brown-headed Cowbirds. And cowbird adults don't have to deal with defending territories, building nests, or finding enough food to feed a brood of babies. The cowbird's "cunning," however, is the reason it is widely reviled. Because of some methods scientists believe cowbirds use to keep their host nest families in line, Brown-headed Cowbirds have been described as "Gangster Birds." Cowbirds can't really be blamed for their unusual species survival method, though. In fact, factors like prairie habitat loss, the wide extirpation of American Bison, and other human-influenced variables may contribute to Brown-headed Cowbirds turning to a wider variety of parasitic hosts. 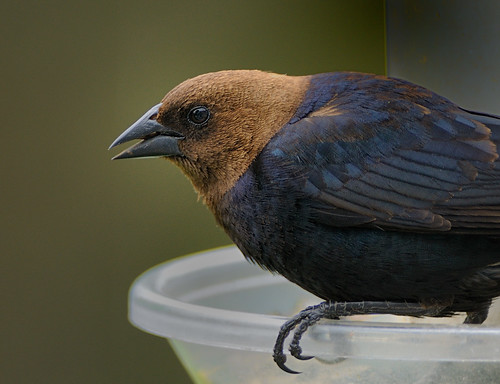 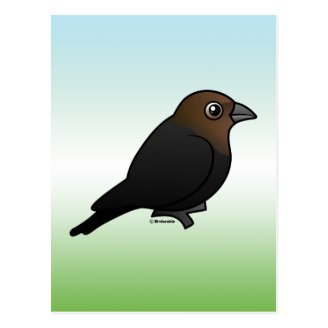 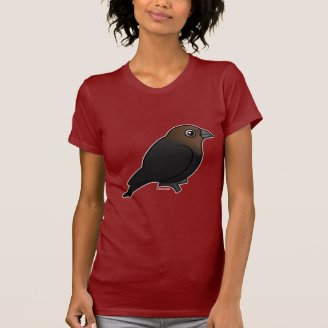 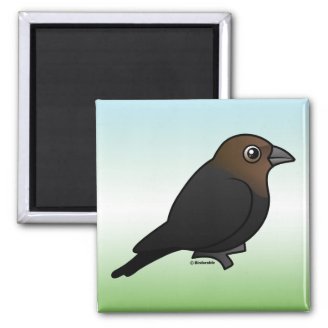 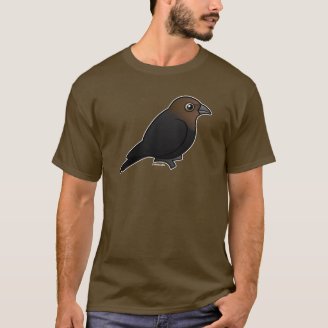 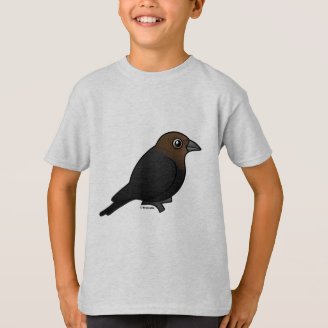 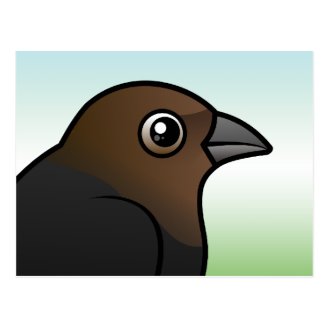 Tomorrow's bird is a large Australian parrot. Can you guess what it is?