If you think our Birdorable birds are cute as adults, what about when they are babies? Below are some baby photos (shared via Flickr) of the Jackdaw. Jackdaws are part of the corvid family; they are related to crows, magpies and jays. Jackdaws nest in sheltered areas, from tree cavities to chimneys to cliff-sides. Typically 4 to 5 eggs are laid, and incubation takes about 18 days. Baby Jackdaws fledge about four weeks after hatching. 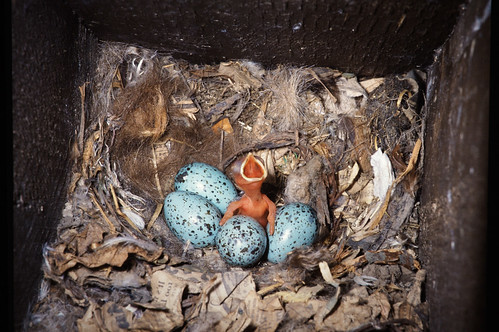 Jackdaw chick and eggs in nest box. by Patrick Clement. 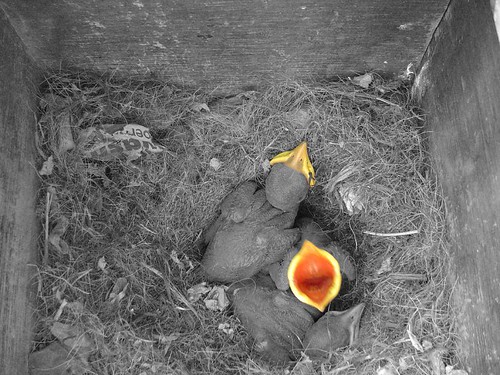 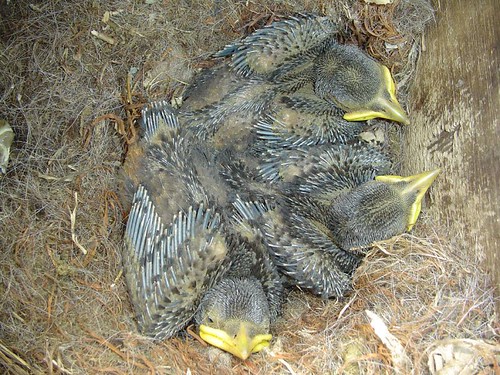 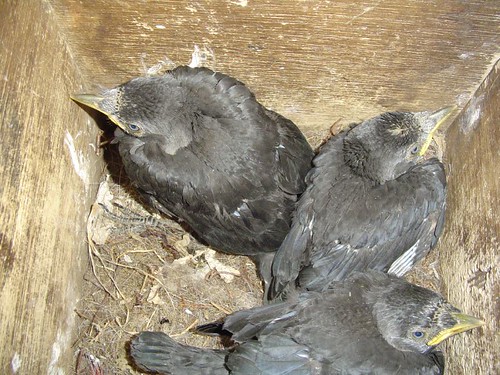 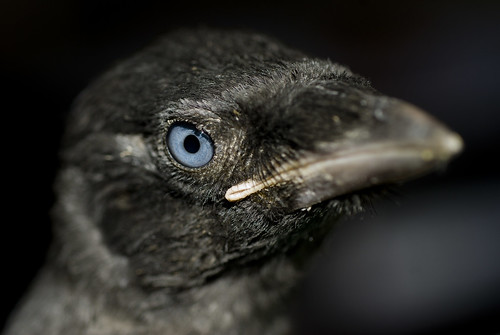 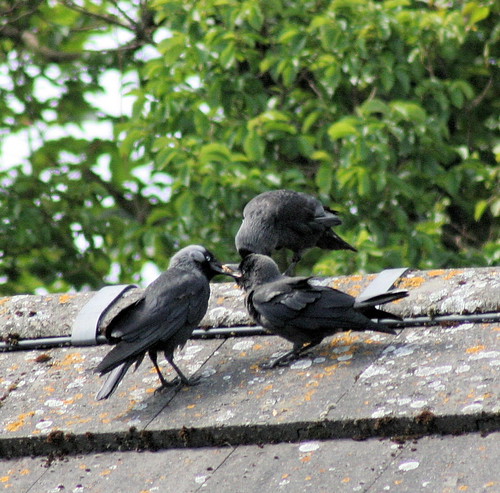 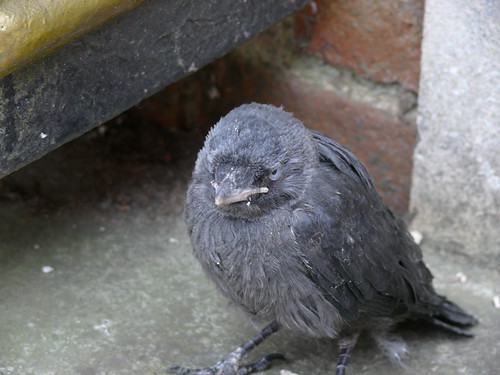 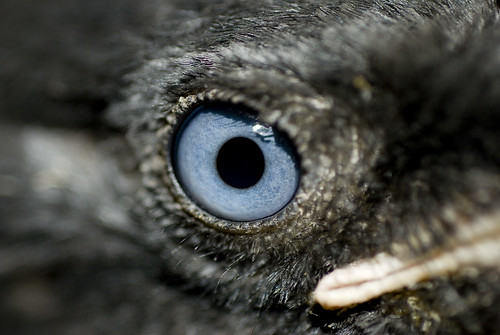 Pretty cute, right? Be sure to check out our Birdorable Jackdaw t-shirts and gifts!

The American Crow is a common species across much of the United States, where they are year-round residents. Their summer range extends into Canada. American Crows are known to be highly intelligent. Scientists believe part of this is their ability to communicate with one another. They have also proven to be adept at solving food-gathering puzzles. In 2007, hacker Josh Klein developed a vending machine to train crows to pick up coins in return for peanuts.

With the innovative teaching machine, crows might someday be taught to perform other tasks, including picking up trash! The American Crow has been on Birdorable since September 2006. Be sure to check out our great collection of American Crow t-shirts & gifts! 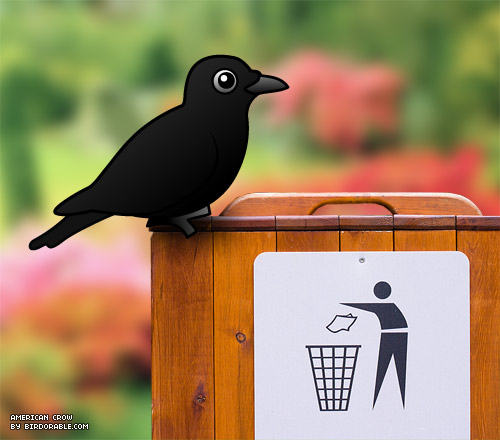 The Hooded Crow, also known as the Hoodiecrow, Scotch Crow, Danish Crow or Grey Crow, lives across Europe and Asia. They are colored grey with black heads, wings and tails. This is our totally cute Birdorable version of the Hooded Crow: 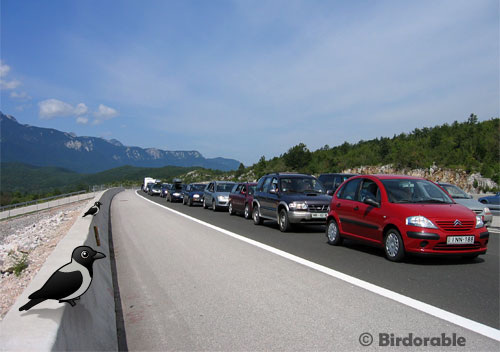