This week's featured t-shirt design is our Birdorable Common Loon. Loons are currently migrating north and passing through northern Illinois, where we live. This time of year, local bird clubs organize "Looney trips" where birders drive from lake to lake to spot these beautiful birds. Have you seen a Loon this year? 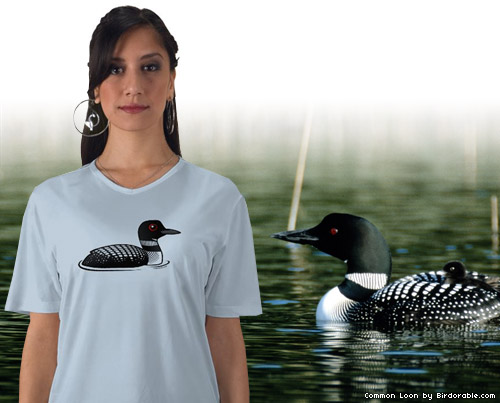 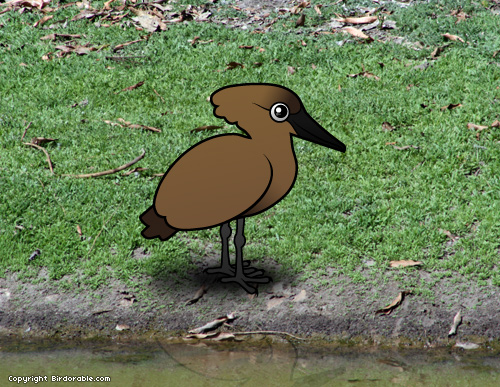 The first new Birdorable bird of 2010 is this Hamerkop, a bird that lives in sub-Saharan Africa. They get their name from their hammer-shaped heads and they are also known as Hammerhead Stork or Anvilhead. We saw these birds on our trip to the Gambia a couple of years ago and instantly fell in love with these little fellows. They have such a cute head and the large bill makes it look like they're always smiling. Check out this gorgeous one sporting a nice stick for its nest. 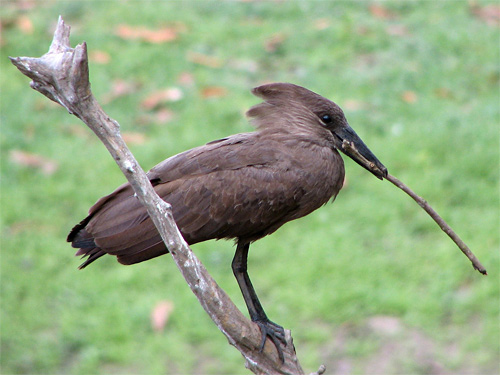 Talking about nests, these birds are famous for them. Their huge nests, often built in the fork of a tree, can grow to over 5 feet (1.5 meters) across and made with over 10,000 sticks! That's one busy bird! A Hamerkop's nest is strong enough to support a man's weight. The birds like to decorate the outside of their nest with bright-colored objects that they find in the area. We saw one of these large nests, which you can see in the following picture. 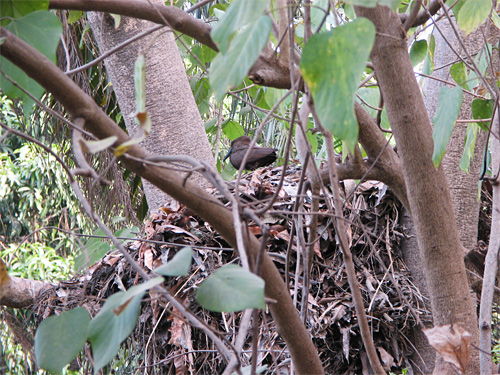 If you like our Hamerkop check out our other African birds. Another favorite of ours from our trip to the Gambia was the Egyptian Plover. 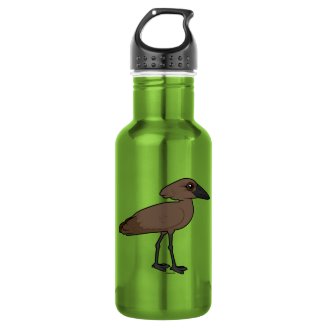 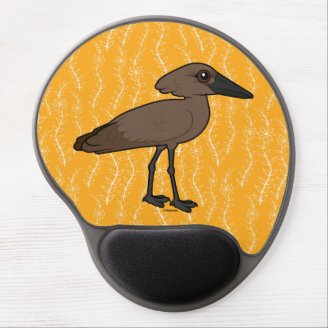 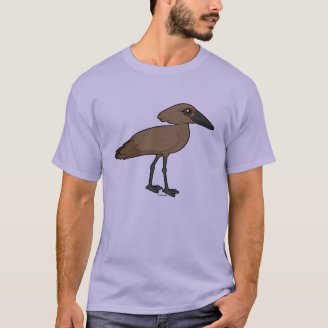 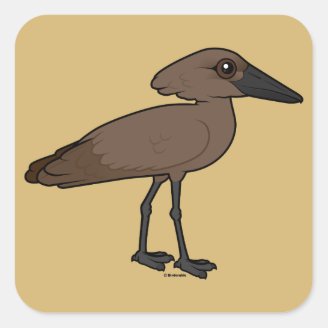 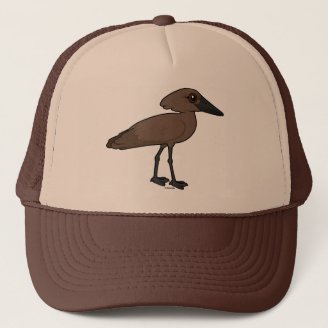 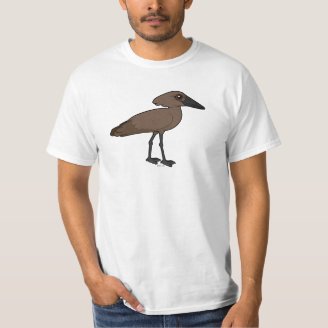 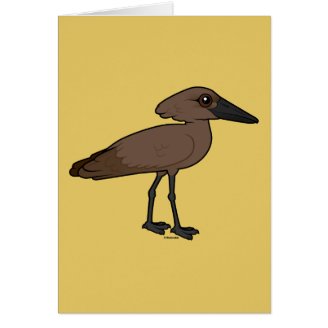 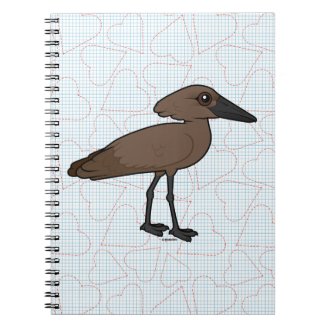 The Western Grebe is the latest bird to be cutified as a Birdorable. Western Grebes are water birds that live in North America. During their elaborate courtship rituals, pairs of Grebes will race madly across the water. Both parents raise the chicks and both will carry them on their back, as seen in this - our totally cute Birdorable version of the Western Grebe. 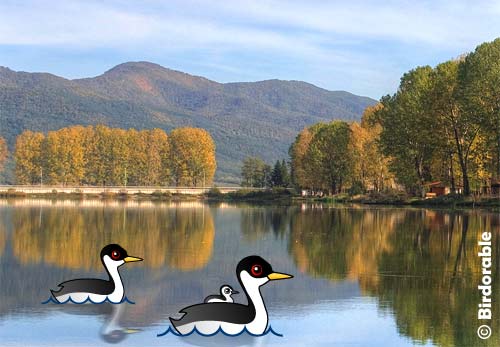 Albatrosses are among the most endangered bird species. 100,000 albatrosses are killed every year on fishing hooks. They are being killed in such vast numbers that they can't breed fast enough to keep up. This is putting them in real danger of extinction. From each Birdorable Albatross 'Save the Albatross' product sold, we will donate 30% of the retail price to the BirdLife International's Save the Albatross campaign. Birdorable features five different Albatross designs, each available on a many different products: 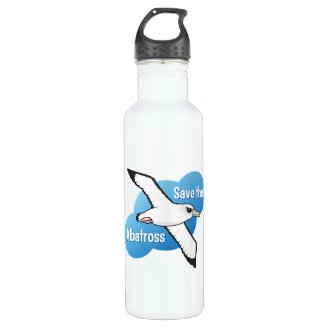 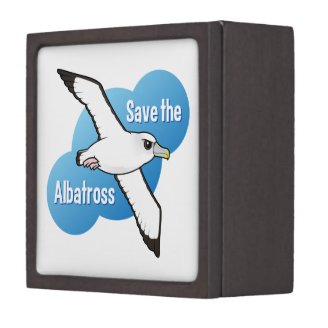 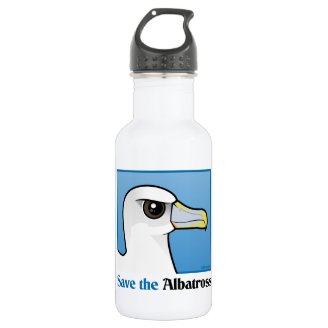 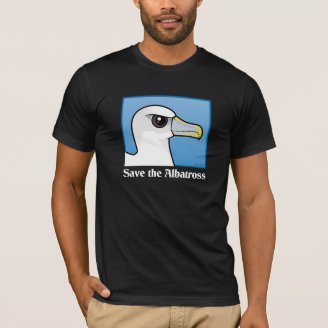 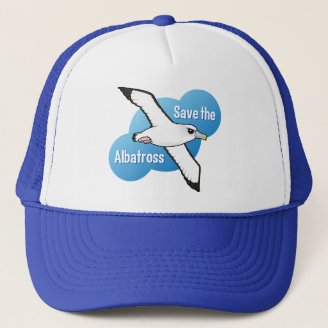 Save the Albatross (flight) Trucker Hat 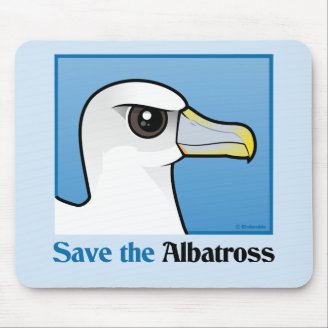 Save the Albatross (portrait) Mousepad 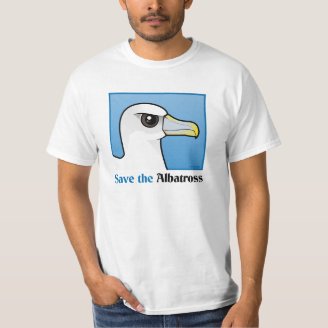 Save the Albatross (flight) Round Button 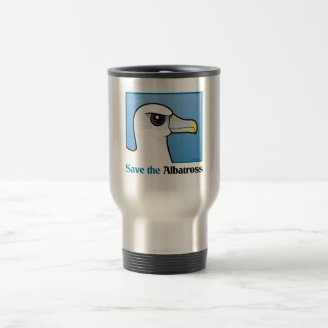 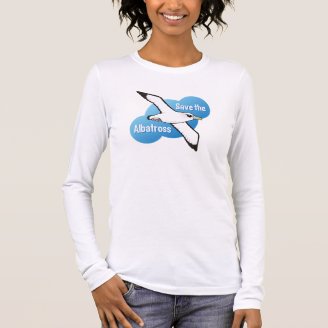 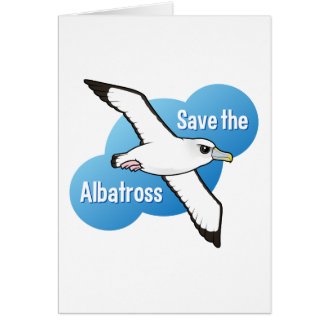 Save the Albatross (flight) Greeting Card 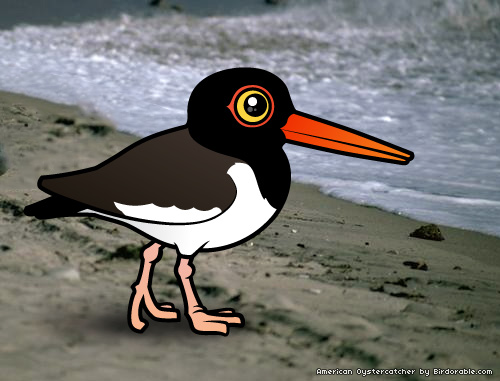