The official city bird of Deltona, Florida is the state-endemic Florida Scrub-Jay. Birdorable headquarters recently moved from northern Illinois to central Florida, to a community close to Deltona. We are very lucky to have seen the official Deltona bird in the city itself, at the Lyonia Preserve park.

Florida Scrub-Jays live in a very specific type of habitat that is found in and around central Florida. By choosing a state and federally threatened species as the official city bird, Deltona helps bring awareness of this charismatic bird's status. 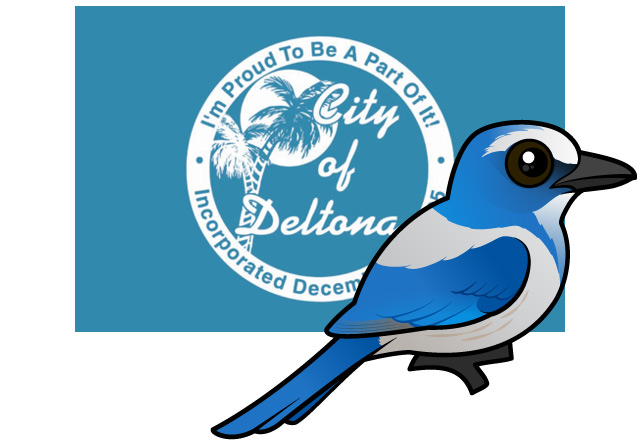 Birdorable Florida Scrub-Jay with the flag of Deltona, Florida

The Owl Lady wrote:
Cape Coral, in SW Florida, is home to the largest population of the Florida species of the Burrowing Owl in the State. It is also our city bird. But we also have two families of the Florida Scrub Jay living here, so they are not only found in Central Florida. Florida Scrub Jays are a beautiful bird and should be our state bird and not the mockingbird.

Birdorable wrote:
Thank you for the correction, Owl Lady! I admit we are still learning a lot about our new state... including what is considered 'central Florida'! :) I will modify the text in our post above. 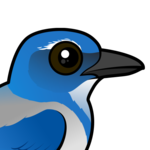 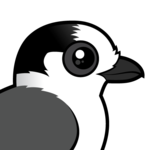 T-Shirt Tuesday: Save the Florida Scrub-Jay
This week we'd like to highlight one of our newest designs featuring our home state and a bird ... Read more
Previous Posts