We continue to get a lot of new bird requests for parrots and parakeets, especially since our site was featured in the August edition of Bird Talk magazine. Of the 125 different species of birds on Birdorable today, 32 are parrots and parakeets. One of the rarest and most critically endangered parrots in the world is the Spix's Macaw. It is believed to be extinct in the wild! :( The species was feared to be extinct in the early 1980's, until it was rediscovered in 1985 when just 5 birds were located in the north of Bahia, Brazil. Sadly, by 1988 it appeared the last 5 birds had been removed by trappers. In 1990, an exhaustive survey in the area resulted in the discovered of a single wild survivor! The Brazilian Authorities located a wild caught female Spix's Macaw at a private breeding facility. In 1995 the female was released in the wild to join the last remaining one, but unfortunately shortly after she was found dead. The one remaining bird was last seen on October 5th, 2000 and is thought to have died of natural causes as he was in excess of 20 years old. Currently there are approximately 120 individual Spix's Macaws in captivity around the world. 78 of these are participating in an international breeding program managed by the Institute Chico Mendes of Biodiversity Conservation, the Natural Heritage Branch of the Brazilian Government. 50 of these are managed at Al Wabra Wildlife Preservation in the State of Qatar. Show your support for this beautiful bird with this Birdorable Save the Spix's Macaw t-shirt: 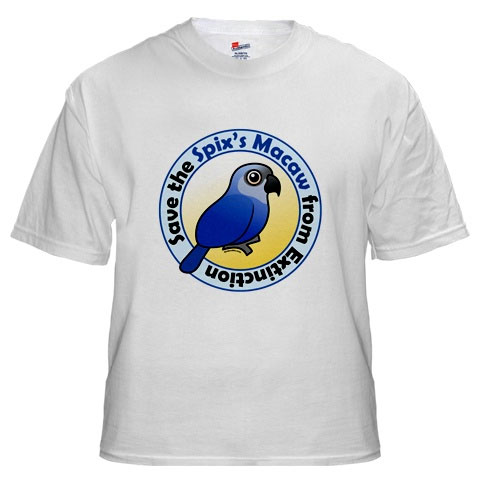 Caitlyn wrote:
I haven't heard a lot bout the Spix's macaw. But I do know that they're in extreme danger. Pretty birds.
Thanks for the Alexandrine too. Any relative of an indian ringneck is a friend of mine!

miguel molina wrote:
i saw rio the movie it awesome so it was sad that there extinct on the wild. theres 150 more in captivity so its good. rio and jewel is still alive they had 3 kids in the movie rio. 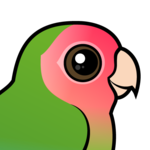 Bonanza Bird #9: The Palm Cockatoo
For 18 days we're adding a new Birdorable bird every day as part of our Birdorable Bonanza 2010. ... Read more 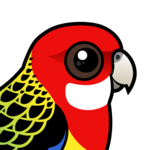 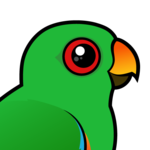 New Birdorable Parrots and Lovebirds
Check out these new additions to the Birdorable family. The Abyssinian Lovebird, Masked Lovebird and Eclectus Parrot have ... Read more 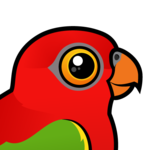