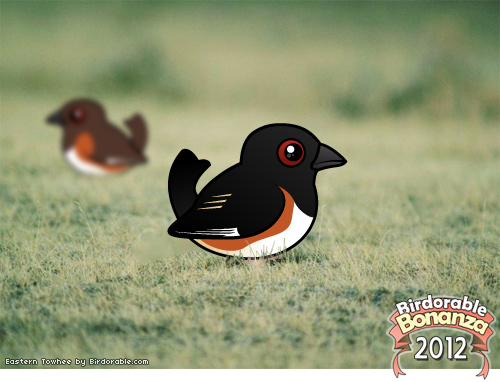 Eastern Towhees are bulky, boldly-plumaged sparrows. They live across eastern North America; birds that breed in the north are migratory. They are ground feeders, scratching at the earth with their feet to reveal seeds or insects to eat. 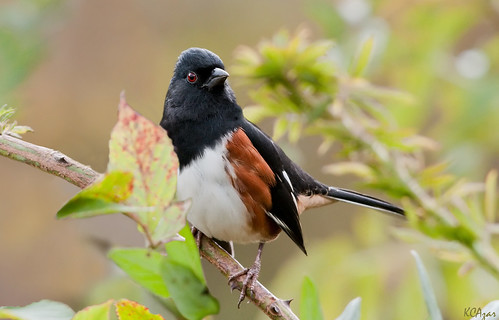 Male towhees have a varied repertoire of songs and calls. One familiar song sounds like the phrase "Drink Your Tea!" The following recording includes this phrase, and a few others. 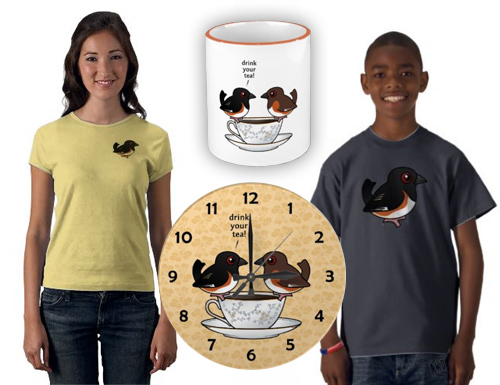 Tomorrow's bird is a common continental corvid. Can you guess what it will be?