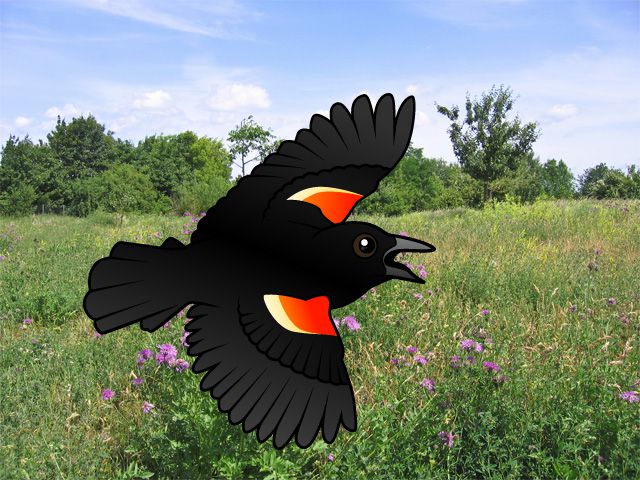 Red-winged Blackbirds range across much of North America, from parts of Alaska and the Northwest Territories of Canada, down through Mexico and into parts of Central America. Though a good portion of the population remains resident year-round, throughout northern parts of their range, they are considered a harbinger of spring. That first "KonkaREE!" heard in the late winter can be music to a birder's ear. Here are some interesting facts about the Red-winged Blackbird.

1) In several Ojibwa language dialects, the species is called memiskondinimaanganeshiinh, which means roughly "a bird with a very red shoulder-blade"

2) There are at least 22 subspecies of Red-winged Blackbird, most of which look virtually alike

3) The Red-winged Blackbird is in the Icteridae family of birds, which also includes Brown-headed Cowbirds, Grackles, and Orioles

4) While male Red-winged Blackbirds are unmistakeable in the field, sometimes female or juvenile birds pose an identification puzzle. Their streaky bodies resemble some species of sparrow 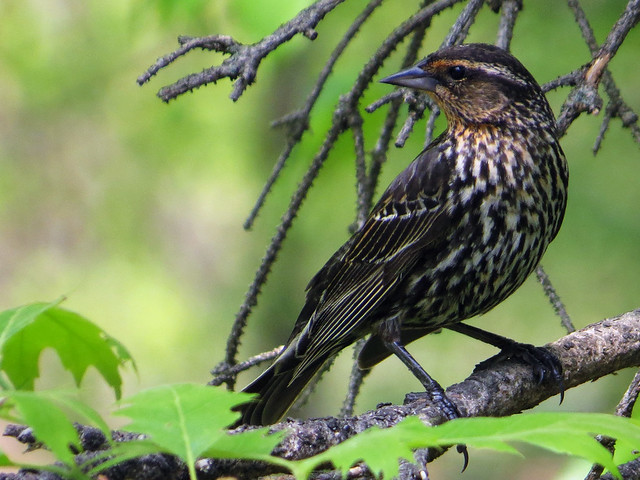 6) Male Red-winged Blackbirds like to play the field. One male may have up to 15 different females nesting in his territory...

7) ... which he fiercely defends from intruders. Here a Red-winged Blackbird, weighing no more than 3 ounces, takes on three Sandhill Cranes, which can weigh 10 lbs or more! 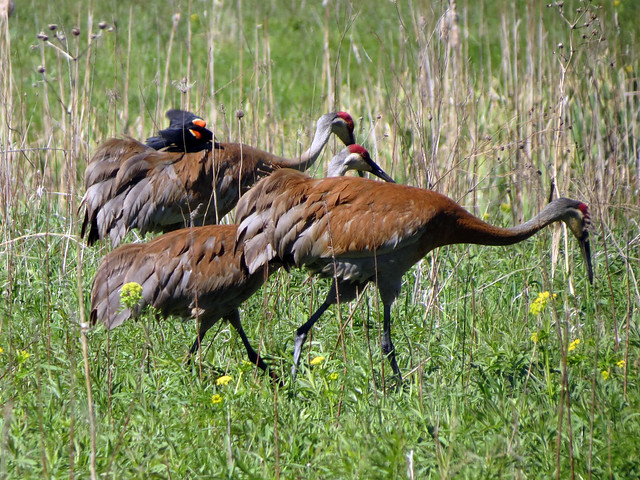 8) The longevity record for the Red-winged Blackbird is 15 years and 9 months; this is known from bird banding efforts

9) In flight, Red-winged Blackbirds may reach speeds up to 30 miles per hour!!

10) The Red-winged Blackbird is one of the most abundant species found in North America. Their conservation status is Least Concern as of 2012

On the fourth day of Birdorable, my true love gave to me... 4 Calling Birds. Our 12 Days of Birdorable continues today with Four Calling Blackbirds! 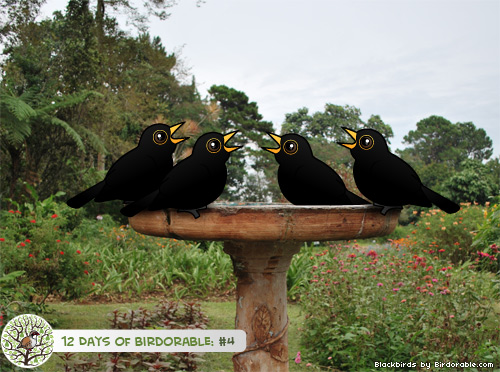 The original line in the song "The 12 Days of Christmas" names four colly birds, an alternate word for the Common Blackbird. The Blackbird is a common backyard bird in Europe and has a melodious song. It also lives in Asia, North Africa and it has been introduced to Australia and New Zealand.

This is the fourth day of our 12 Days of Birdorable holiday event. Previously featured were:

Over the next 8 days we will post another Birdorable bird for our 12 Days of Birdorable. Be sure to check back each day for this fun event!

If you think our Birdorable birds are cute as adults, what about when they are babies? Below are some baby photos (shared via Flickr) of the Yellow-headed Blackbird. Yellow-headed Blackbird nests are open cups built using reeds and grasses. These are attached to living or dead tall reeds above water. They nest in the same habitat as Red-winged Blackbirds and Marsh Wrens. 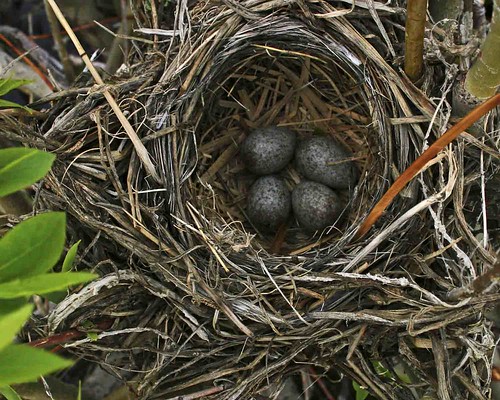 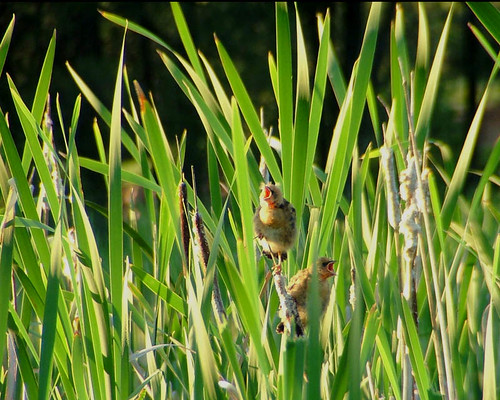 We Want Dinner! by BigSkyKatie 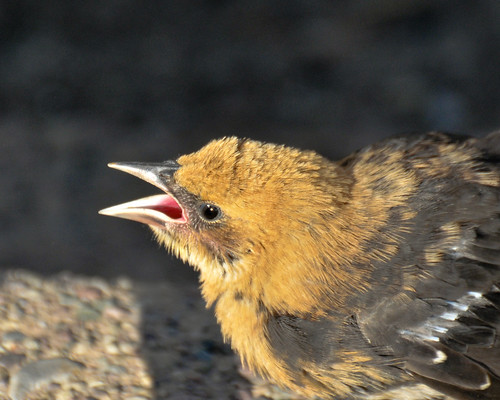 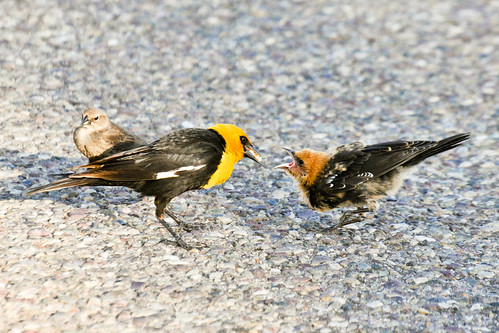 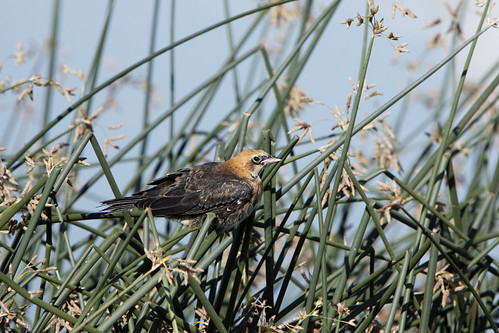 Pretty cute, right? Be sure to check out our Birdorable Yellow-headed Blackbird t-shirts and gifts! 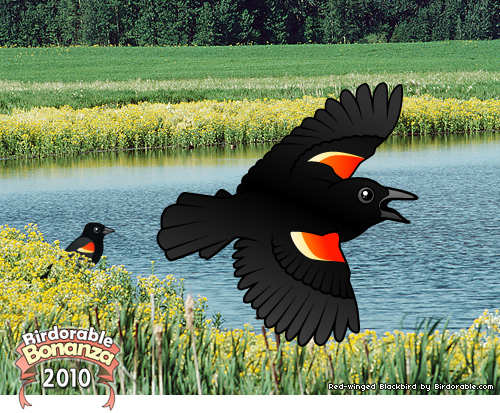 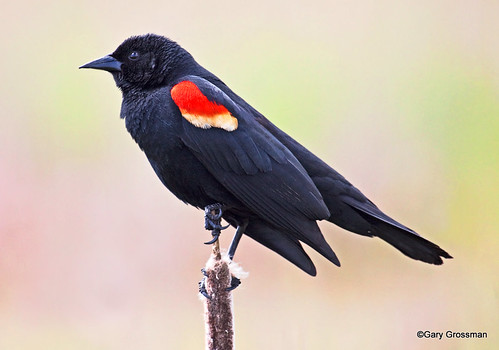 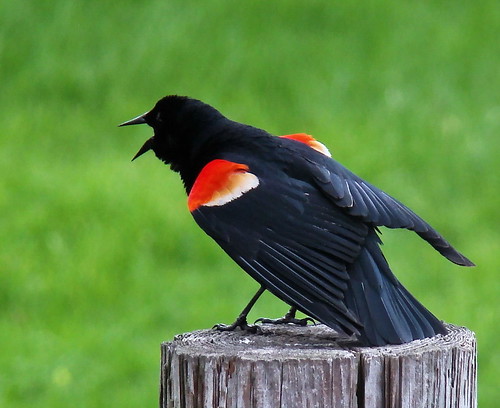 What a Display! by vtpeacenik

Tomorrow's bird is an aerial forager who nests in cavities. Can you guess what it is?

The Dutch radio program Vroege Vogels ("Early Birds") surveyed about 5000 people to find the favorite bird song in the Netherlands. The Blackbird came out on top, beating #2 Nightingale (Nachtegaal), #3 Song Thrush (Zanglijster), and 97 other Dutch birds. The entire list, including a photo of each bird and a sample of its song, can be found here: Dutch Bird Top 100. It's a neat way to see some of the most common birds of the Netherlands and hear what they sound like! We've got quite a few European birds here at Birdorable, including several of the Dutch favorites. Here are a few of them. The Dutch names are listed below. 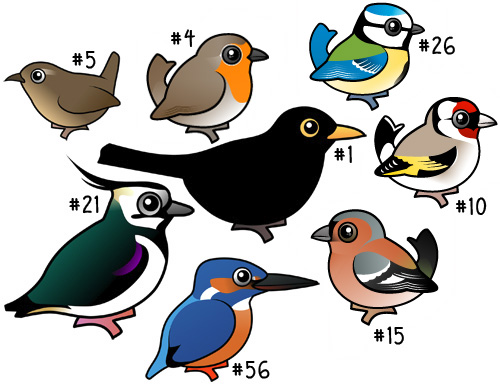