Today's new Birdorable bird is our 102nd new species of parrot! Welcome the Blue-headed Parrot to our flock!

The Blue-headed Parrot is a medium-sized parrot with a range in and around the Amazon basin in South America. They feed on fruits, berries, and seeds. These darlings are cavity nesters, using either living trees or dead tree stumps.

Blue-headed Parrots have a mostly bright green plumage along with their namesake blue head. Males and females look alike.

Tomorrow we'll add a small species of finch found in sub-Saharan Africa. They have a fiery red plumage and males sport white spots on their flanks. Do you know the species?

The Pesquet's Parrot is a large species of parrot found in New Guinea rainforest habitat. These birds are specialist frugivores, feeding mostly on figs. These sticky fruits could get matted in feathers, so the Pesquet's Parrot has developed a strategy to avoid this: they have nearly bald heads! This gives them the nickname "Vulturine Parrot".

Besides their bald heads, Pesquet's Parrots can be identified by their dark plumage, with scallops on the breast, and bright red patches on the belly and wings.

Tomorrow's new species is a warbler-like New World bird with a fruit-like name. This bird has over 40 recognized subspecies! Can you guess the bird?

Today's new Birdorable species is a parrot endemic to Australia, where it is found along the eastern coast. Today we introduce the Birdorable Australian King-Parrot!

Australian King-Parrots display sexual dimorphism -- males and females have different coloration. Our Birdorable cartoon is of a male bird, which has red on the head and chest, with blue-green elsewhere. Females have a similar color palette but the arrangement is different: green at the head, back and chest; red at the belly; and blue at the rump.

Australian King-Parrots are fairly gregarious and can be found flocking with rosella parrots within their range.

Tomorrow we'll add a duck to Birdorable! The new species is known for its bright feet and beak, and belongs to a family named for the way it sounds! Can you guess the species?

The event was initiated by the World Parrot Trust as an opportunity to highlight threats to wild and captive parrots around the world. Actions that began on that first World Parrot Day led to the eventual ban of wild bird imports into Europe.

Today we wrap up our 2018 Birdorable Bonanza with a species of South American parrot: the Scaly-headed Parrot!

This pretty bird is a medium-sized parrot native to eastern parts of South America, where it can be found in a variety of forest habitats. It is named for the scalloped feathers on its head that look like scales.

Scaly-headed Parrots are one of the most popular species of pet bird, and are thus known by a variety of alternate names, including Scaly-headed Pionus and Maximilian Parrot. They can live to be 40 years old or more when well cared for in captivity.

Thanks for following along during our 10th annual Birdorable Bonanza! 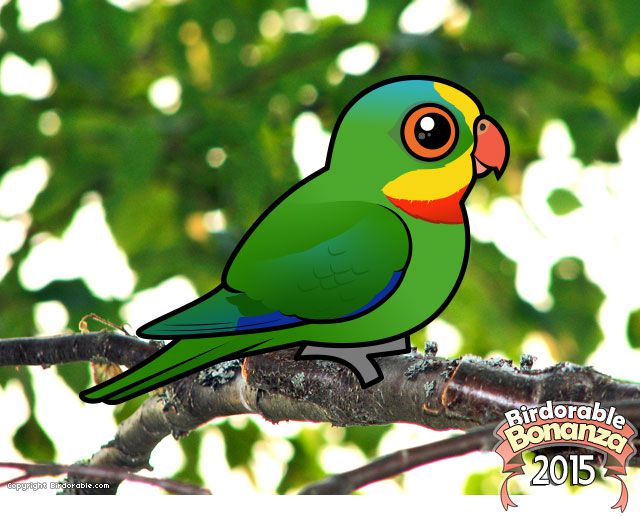 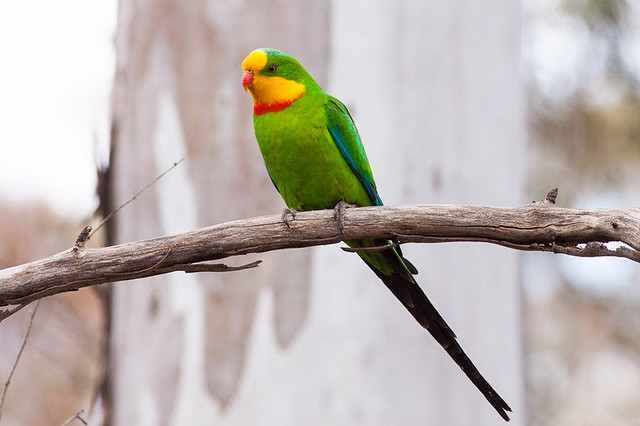