Today we are adding another penguin species to Birdorable: the Galapagos Penguin!

This species of penguin has the northernmost range of all penguins, and it is the only penguin species to live north of the equator. The climate on their island home is warmer than that of most other penguins, so they have adapted methods to keep cool, which includes panting like a dog! They also jump into the water to cool off.

Galapagos Penguins are among the smaller penguin species. They are unfortunately the most endangered species of penguin, facing threats related to climate change as well as introduced predators and pollution.

Tomorrow we'll add a little New World wading bird named for the color of the adult plumage. Juveniles of these birds have no color at all. Can you guess the species?

Today’s new Birdorable is our third “king” before Christmas. Here is our cute cartoon King Penguin!

The King Penguin is a very large species of penguin, smaller only than the Emperor Penguin. Adult birds can be recognized by their black and white body plumage and by the golden orange patch at the back of the head.

King Penguins have an unusual breeding cycle which takes around 15 months to complete. They breed in large colonies. After a chick hatches, the parents take turns keeping the baby penguin safe and warm while the other adult forages for food for 3 to 7 days. The foraging bird returns, feeds the chick, and relieves the other parent to go off and find food for 3 to 7 days. This period, known as the “guard phase” lasts up to 40 days. Then, during the austral (southern hemisphere) winter, parents leave their chicks in a large communal creche. The chicks fast (eat nothing) for over 4 months, huddling together to keep warm as they wait for the parents to return. Fledging (which for penguins means achieving independence – not flight) occurs a few months after the adults return.

Tomorrow is Christmas day! We will conclude our 2020 Birdorable Bonanza with an appropriately named seabird. Are you ready? We sure are!

American fans may recognize these lyrics from the song "Yankee Doodle", a popular tune dating back to the American Revolution. The above stanza, used in later versions of the song and still sung today, refers to a fashion style popularized in the early 19th century: maccaronism. This referred to a fashion style adopted by young men who wore flamboyant clothing with unique and bold ornamentation. Does this remind you of any birds you know?

The Macaroni Penguin was first named for science at a time when macaronis were deeply embedded in popular culture. The flamboyant yellow head feathers found on this dapper little black and white penguin gave the species its common name. 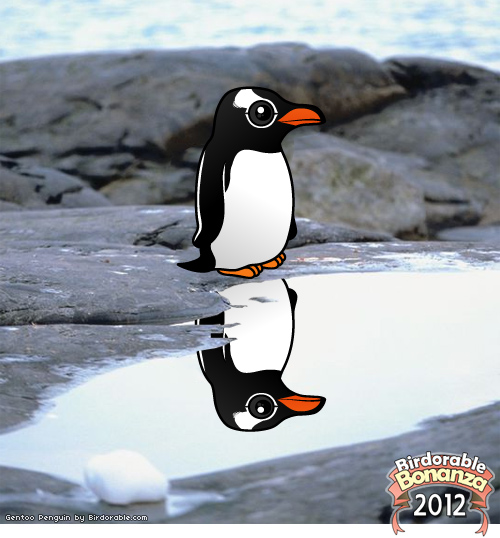 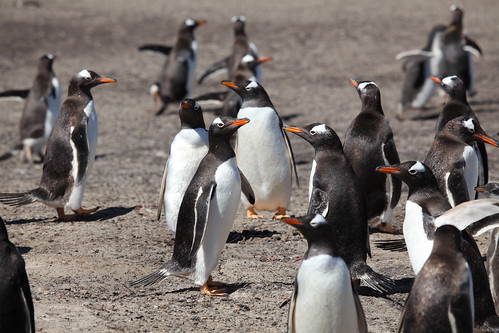 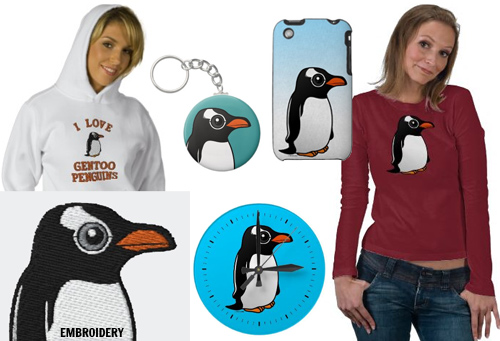 Today is Penguin Awareness Day! This commemorative day is always celebrated on January 20th, though the origins of the holiday are unclear. What is very clear is that these special charismatic birds deserve celebration! Many of the world's penguin species face population threats from habitat loss and other environmental strains.

Here are some resources for learning more about penguins:

To get your mind on these flightless black-and-white beauties, we are debuting a new fun puzzle series here at Birdorable. Let's play Which one doesn't belong?

The birds in the image below have a lot in common, but one of them doesn't really belong. Can you pick out the species of penguin that doesn't go with the others, and tell us what the others have in common? Visit the meet page if you need help identifying the birds and finding out which one doesn't belong. 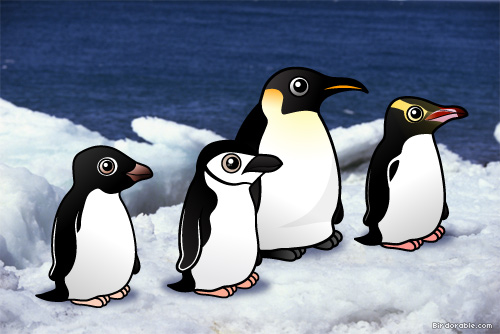 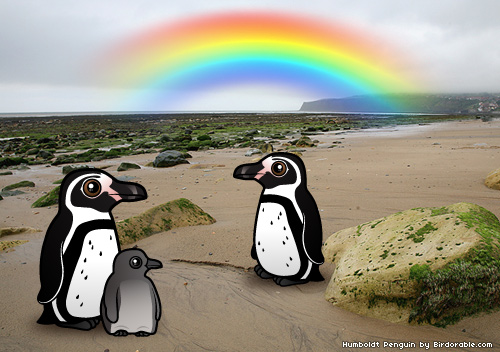 These beautiful medium-sized penguins are found in zoos around the world. A pair of male Humboldt Penguins at the Bremerhaven Zoo made headlines back in 2009 when they raised a baby penguin together. The same-sex couple "adopted" an egg that was abandoned by its parents and successfully raised the chick from incubation through feeding and finally independence. Prior to this incident, several of the zoo's Humboldt Penguins displayed same-sex preferences (which caused a stir back in 2005), but it was not until 2009 that a couple actually raised a baby together. Check out our Humboldt Penguin t-shirts and gifts and other Birdorable Penguins. 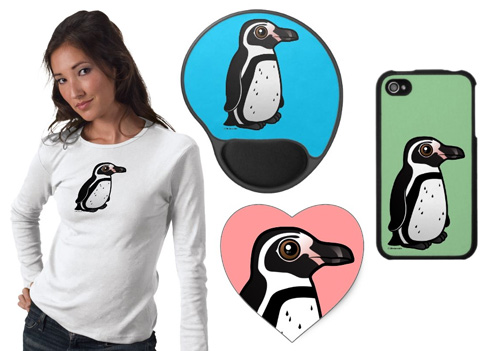