Florida birders have been treated to a rare sight this winter. Hundreds of Razorbills have been seen off both coasts of the state; the birds have been seen as far west as Pensacola along the Gulf of Mexico! The normal winter range for the Razorbill, which is a type of auk, extends down to the coast of North Carolina. 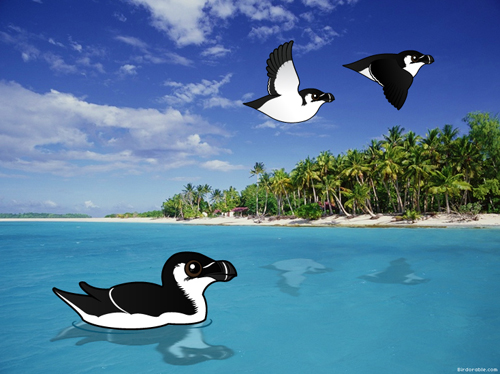 The big question is: why have the Razorbills moved so far out of their normal range? Several reasons have been speculated. Superstorm Sandy may have affected the usual food supply of Razorbills. Access to food, abundance of certain types of fish, and even water visibility may all play a factor. Razorbills may have had a banner breeding year, which means there are more young Razorbills competing for food and space. These factors and others may all have driven Razorbills further south than they normally venture, or other things not yet considered may play a part in this season's unprecedented Razorbill invasion. If you love Razorbills, you'll love our updated Birdorable Razorbill cartoon. Find swimming or flying Razorbill merchandise here: customizable Razorbill gifts.

5 comments on "Razorbills out of range"

Louise Warner wrote:
sounds like he has a sharp bill!

Mike wrote:
Must have been the polar vortex that caused it...

Andrew wrote:
razorbills on the beach 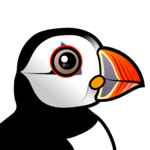 T-Shirt Tuesday: Puffin Prowess
This week's feature t-shirt design is our Atlantic Puffin with a bill full of sardines ... how cute! ... Read more

The End of the Great Auk
On this date* in 1844, off the coast of Ireland, a pair of Great Auks were killed. These ... Read more

All You Need is Razorbills
Razorbills typically live for 13 years, but one particular Razorbill that was ringed in 1967 was still spotted ... Read more
Previous Posts