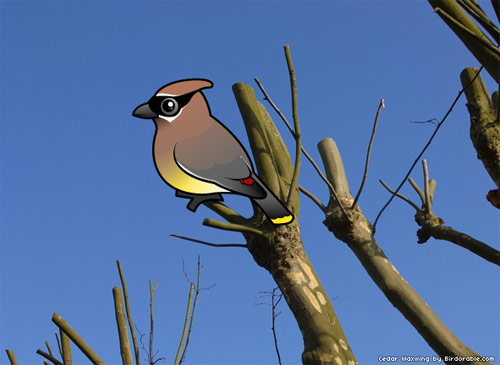 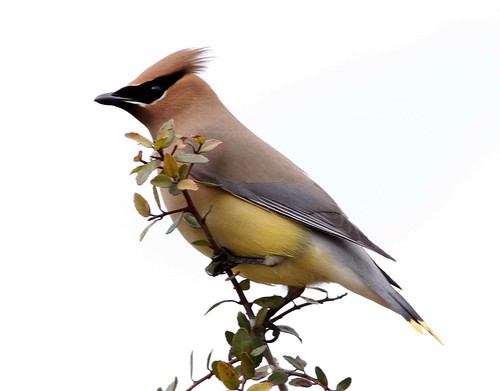 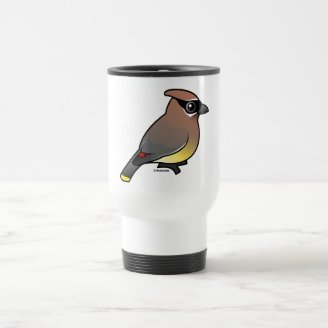 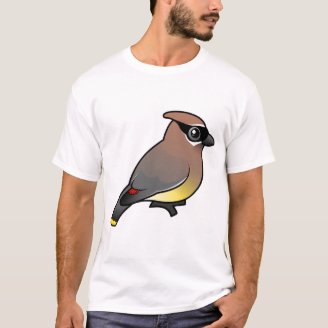 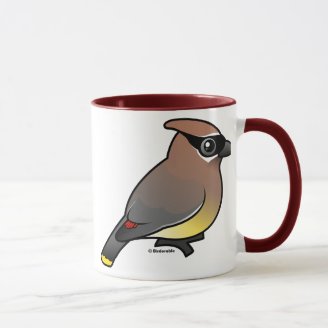 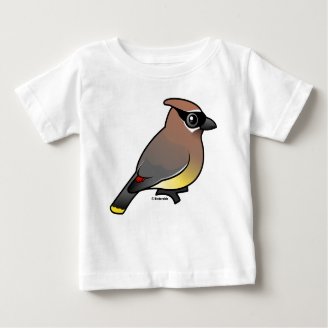 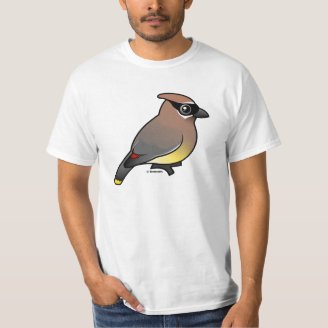 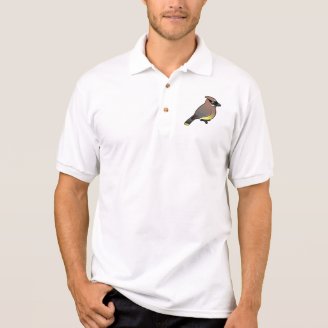 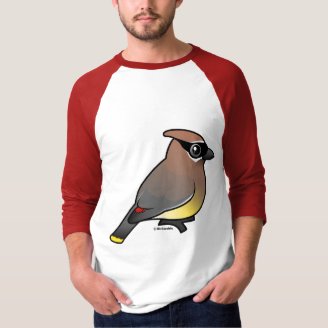 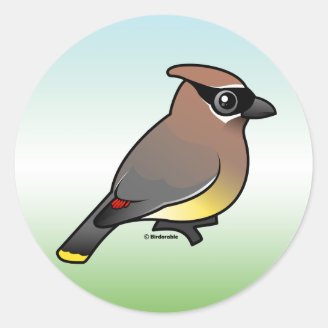 Libby wrote:
Hey I just wanted to let you guys know that on of your words is spelled wrong. The word is "simultaneously" but you guys have it up there as "simultanously".

So yeah thats all I wanted to say. HAve a great day and your website is awesome!

Birdorable wrote:
Thank you for pointing out the error, Libby! I've corrected it. :)

Tough Titmouse wrote:
well, now, I like birds, but it's good to know that cowbirds can't survive as well in cedar waxwing families... so cedar waxwings can stay alive :D 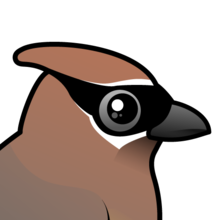 Savannah Banana wrote:
I am doing a project on Cedar Waxwings and this was very helpful!

Debra wrote:
The cedar waxwing is one of my favorite birds, thank you for the insightful facts.

Louise Warner wrote:
we have two waxwing species: ceder waxwings and the Bohemian waxwings ( in Canada. )

joe mo wrote:
This was a very helpfull sight!

milo wrote:
I am doing a project on Cedar Waxwings and this was very helpful!

wanda wrote:
why is a group of waxwings called a library?

Kauluwai wrote:
Because they have read tips? 🤫

Mikki Bates wrote:
Thank you for all of this information. I've always enjoyed the absolute beauty of cedar waxwings. Today we saw a whole museum in an ugly privet bush by the deck. Those berries seem to feed birds in the winter, so that is the ONLY reason that I put up with it. Today it was overflowing with robins, then waxwings. Hooray!

Greg wrote:
What does it mean if a cedar waxwing is alone —- not in a large flock?

Dana wolff wrote:
I have missed seeing these ceautifuls ! I live in western washington and used to always see them around the berry bushes especially red ones. But now I never do. They are my favorite bird. Am I the only one ? Glad to hear you all are having great sitings

Madge wrote:
Today was my first experience with an earfull of cedar waxwings. They came storming in to feed on the berries of a dwarf youpon holly, stripped it in two minutes. Amazing numbers of them competing for the berries, stayed clustered while feeding. Quite a sight.

Bonnie wrote:
Saw a museum of Cedar waxwings last year in the fall. There were about 50 of them in the top of our poplar tree. They were passing through. Today we spotted a pair perched in a small tree. We are in South Georgia. Wish we were more than a pass through! Beautiful bird❤️

andy wrote:
what is the tree with the small black berries that cedar waxwings eat in the Dallas area

Judy wrote:
I have a HUGE wax privet tree in my back yard. The tree was here in 1985 when we bought our house. It was small then, but probably 100 Ft. tall now. We have been told, it's a weed here in the San Francisco Bay Area. The wax wings are here now. They will strip the tree and move on as they do every year. They are beautiful, and (very messy).

Spurwing Plover wrote:
I read that they use a method of passing a berry to the Bird at the end in a sort of Bucket Bergade the Bird near the source of fruit will pick the berry then they pass it down the line to Bird at the end

Vina wrote:
My Apple trees are overrun with waxwings..they are eating the blossoms..how do I discourage them so there will be apples for the deer that eat my apples??I tried hanging strips of shiney tin foil..I think they like it..it sure is not scaring them..

Baby Birdorable: Cedar Waxwing
If you think our Birdorable birds are cute as adults, what about when they are babies? Below are ... Read more 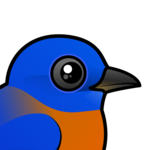 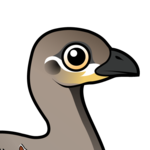 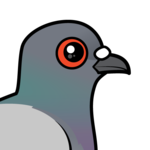 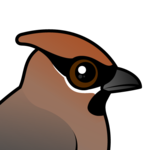 Bohemians on the move!
Bohemian Waxwings are on the move this winter! A poor berry crop in their northern range may be ... Read more
Previous Posts