Today our 2013 Birdorable Bonanza concludes as we reveal our 500th species: the Passenger Pigeon. 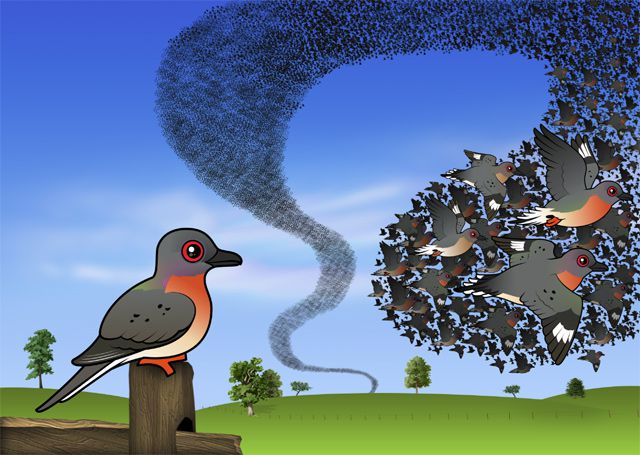 You probably know that the Passenger Pigeon is extinct. But did you know that there used to be up to 5 billion Passenger Pigeons living in North America, making it possibly the most abundant bird species on earth? Flocks, so thick with pigeons that they would darken the sky, would take hours to pass by. How did we lose this species? How did we go from billions to none? 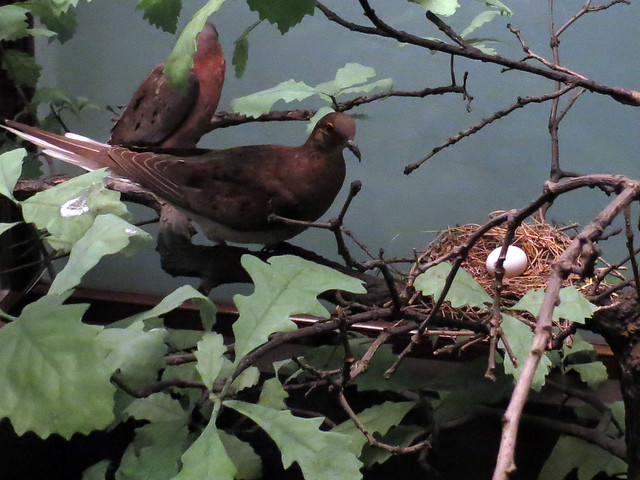 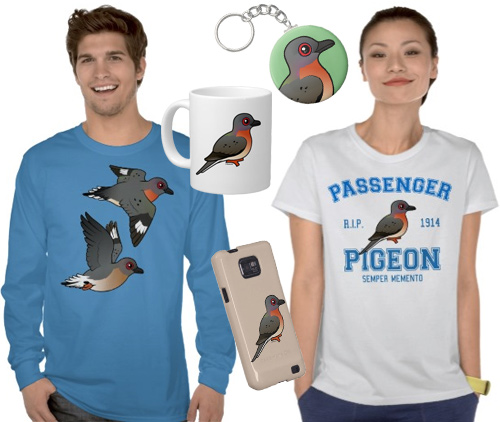 This concludes our huge 2013 Birdorable Bonanza! We now offer a whopping 500 different cute cartoon birds, each available on a wide range of products. Thanks for following along!

It looks like yesterday's bird, the Least Bittern, totally got photobombed by a Rufous-necked Wood-Rail! How often does that happen? Our 499th Birdorable species and second-to-last 2013 Bonanza bird is the Rufous-necked Wood Rail! 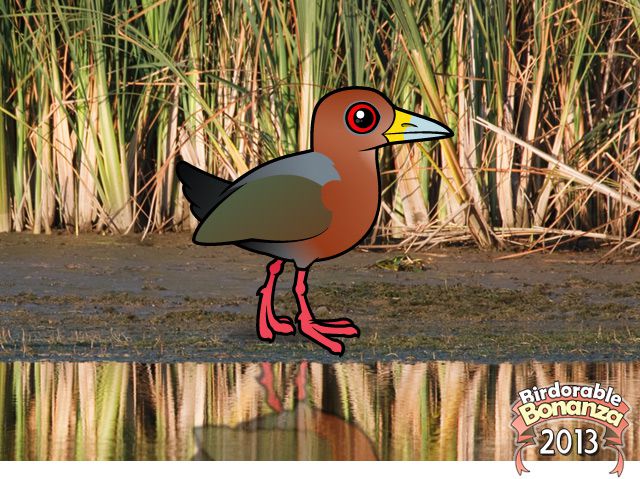 Rufous-necked Wood-Rails are usually found in coastal habitats in parts of Central and South America. However, one day earlier this month, birder Matt Daw had an interesting experience while making a video of a Least Bittern at a National Wildlife Refuge in New Mexico. Have a look at the photobombing wood-rail that sent the birding world into a frenzy:

News of Daw's rare sighting spread like wildfire among the birding community and visitors came from all over the United States to see the wood-rail. American Birding Association president Jeffrey Gordon recorded an interview with Matt Daw which you can see here: Interview with Matt Daw, finder of the New Mexico Rufous-necked Wood-Rail. And the famous sighting also got coverage on a recent episode of CBS This Morning. 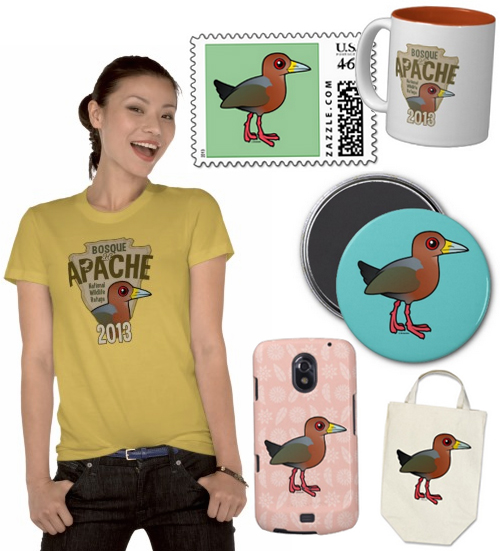 Tomorrow our 2013 Bonanza will conclude with Birdorable species #500. This once-abundant species will have an important but sad anniversary next year. Join us tomorrow as we reveal our 500th cute Birdorable cartoon bird! 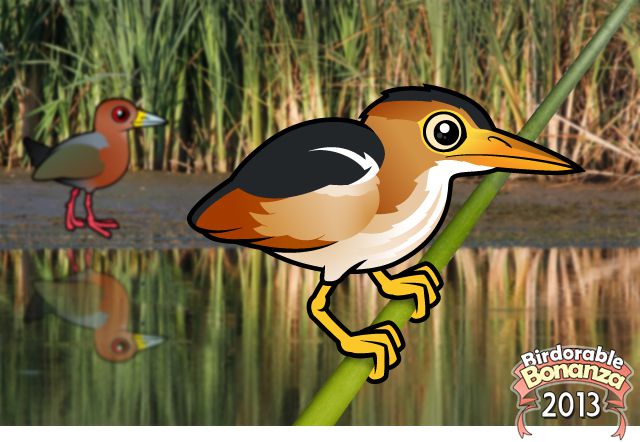 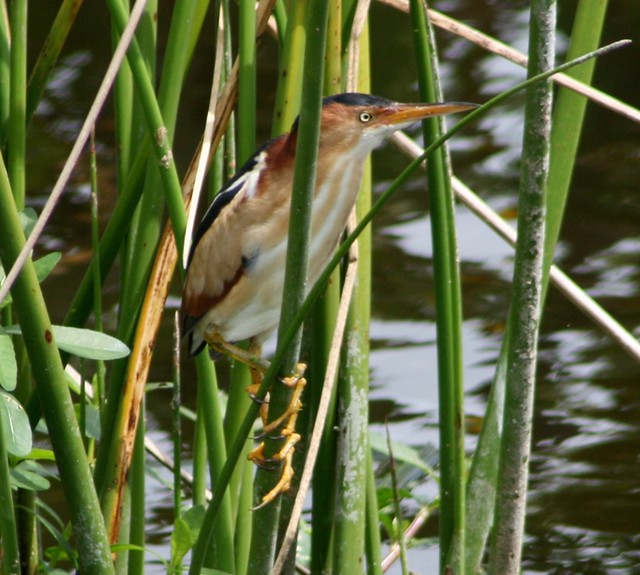 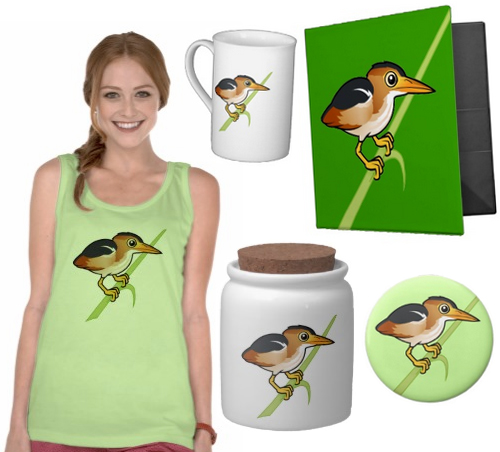 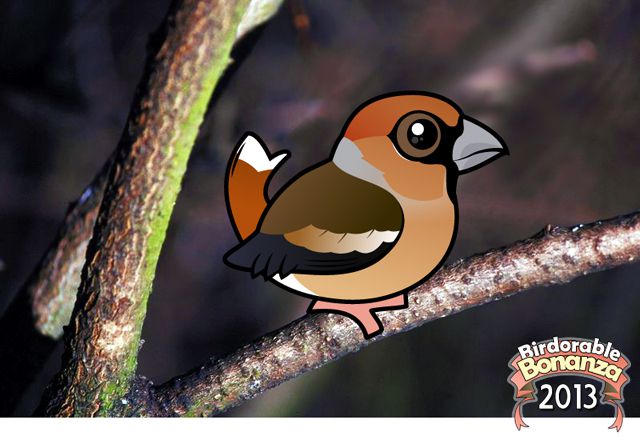 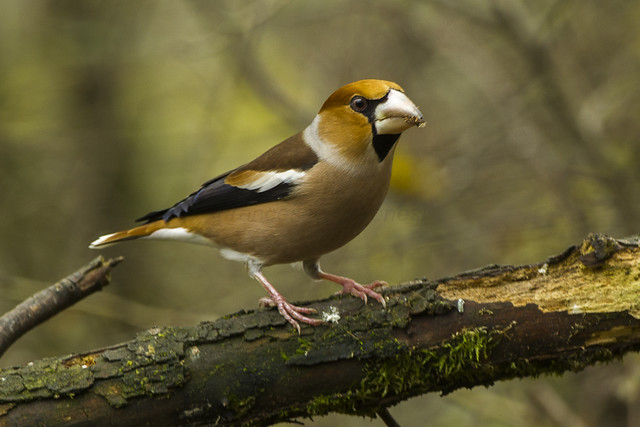 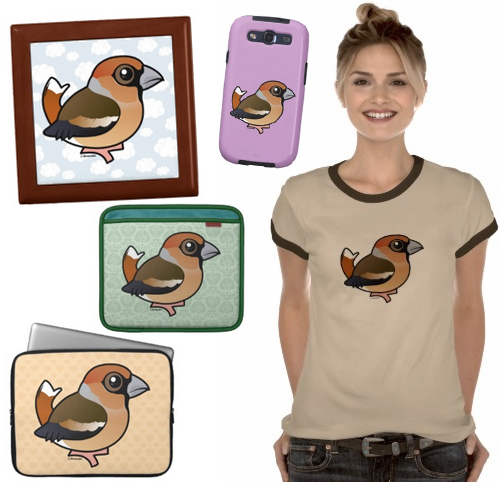 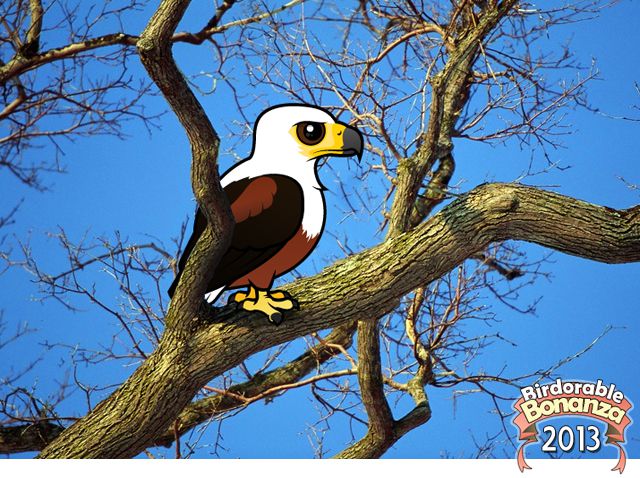 African Fish-Eagles are large birds of prey that live in sub-Saharan parts of Africa. They eat a lot of fish (hence the name), but they will also steal prey from other birds or take a variety of other prey items including small turtles, other birds, or even monkeys.

The African Fish-Eagle has a stable wild population in its rather large natural range. It is the national bird of three African nations: Zimbabwe, South Sudan, and Zambia. 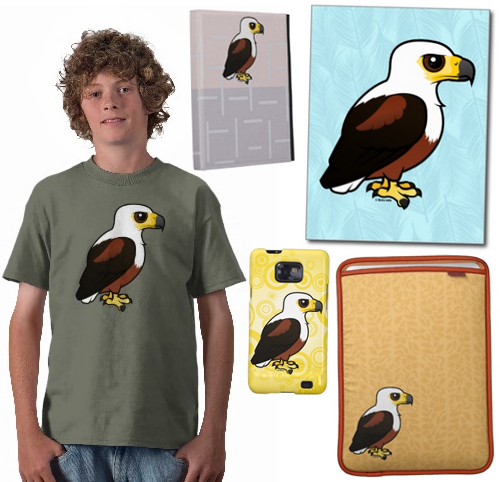 Tomorrow we'll add a stocky finch species with a very, very big beak. This bird is found across parts of Europe and Asia. 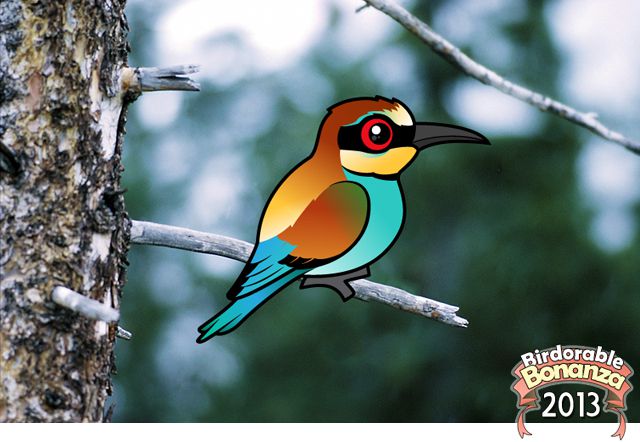 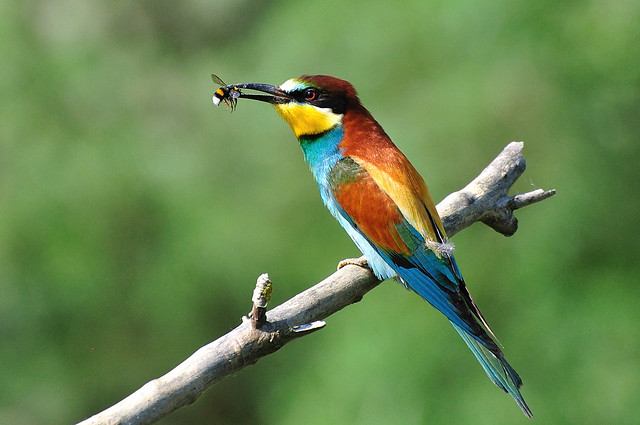 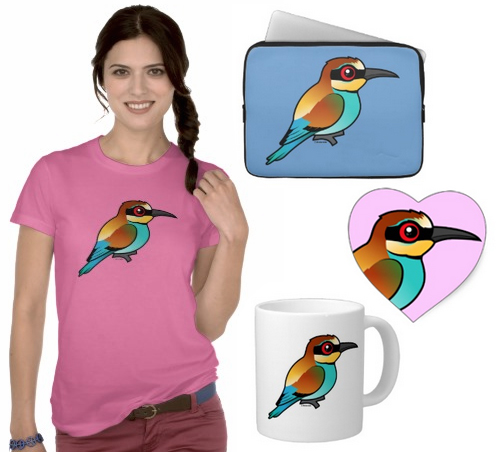